A woman lost everything when wildfires consumed her home and property in Santa Rosa, California. Patti Meyer lost her home and belongings, but nothing hit her as hard as the loss of her beloved animals. According to the San Francisco Gate, Meyer’s 14 dogs, a rabbit and a pig, all perished when the fire consumed her home.

As the devastating fire approached, Meyer was evacuated from her home – though she begged for her animals to be brought to safety as well, the authorities could only save her. After arriving at a temporary shelter, Meyer reached out to her ex-fiance, Sean Mallary, to see if he could help in any way.

Mallary recounted Meyer’s distress, “She was hysterical, screaming she’d been evacuated and the dogs were still in the house. I jumped in my van and drove as fast as I could; there were giant oak trees blowing down on the highway. When I got there, the house was already burned to the foundation.”

Eight Bernese mountain dogs, as well as a litter of newborn pups, were among the dead – Meyer breeds the dog as a hobby. She told SF Gate what the dogs meant to her, “They were like my children. All that’s important to me, all that I want, would be for my animals to have gotten out.”

Find the fundraisers which have been set up to help Meyer get back on her feet, here and here.

Recently in the news: Hank the dog is finally allowed to go home 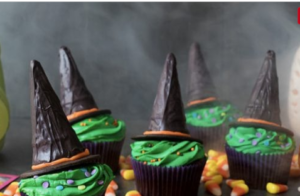 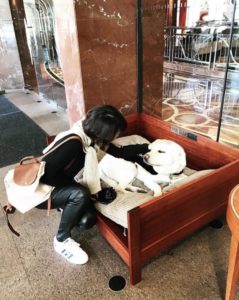