You are here: Home1 / News2 / animal cruelty3 / Woman accused of strangling puppy belonging to family who took her in 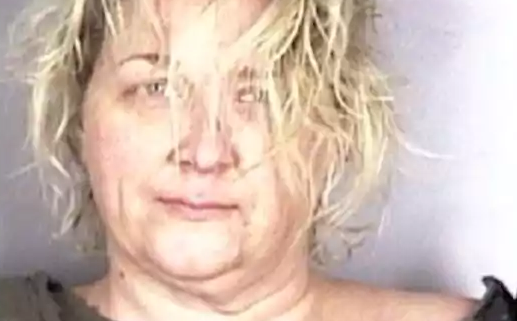 A woman in Salem, Oregon, is accused of a heinous act of cruelty against an innocent puppy. According to the Statesman Journal, 43-year-old Meagan Lafferty was staying with a couple after her own apartment was damaged in a fire on Monday morning. The displaced woman is accused of strangling her host family’s nine-week-old puppy to death shortly after she was invited into their home.

The puppy’s owner told the authorities that Lafferty picked up the puppy and ignored a request to put him down. The woman then allegedly held the puppy down on a recliner and wrapped her hands around his neck – the owner called 9-1-1, but help for the young pup did not arrive in time.

The puppy’s owner told the local authorities that Lafferty said “I am God, and I am here to end his misery” while she was strangling the helpless puppy. According to the report, Lafferty’s hands were still gripped around the puppy’s neck when the police arrived – she allegedly refused their commands and they had to pry her off of the deceased puppy.

The couple who owned the puppy is understandably distraught – they were trying to help their neighbor in a time of need and are in shock that their act of kindness was met with such shocking cruelty.