You are here: Home1 / News2 / animal cruelty3 / Suspension without pay for deputy who let K9 die in car 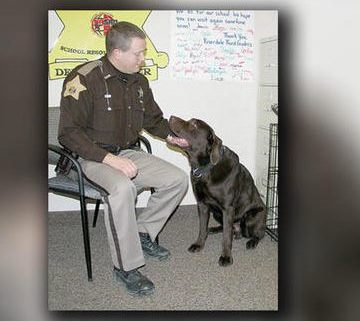 A sheriff’s deputy who forgot his K9 partner inside of a parked vehicle in DeKalb County, Indiana, earlier this month has been suspended without pay for 30 days. The tragic incident happened on July 6 when Deputy Courtney Fuller forgot K9 Mojo in a patrol car which was parked outside of his home for several hours.

By the time that Fuller realized that Mojo was not in his kennel, it was too late – the dog had died from heat stroke. An investigation into the incident determined that Deputy Fuller had not committed a crime, but he did violate “employee standards of conduct,” reported CBS News.

“The DeKalb County Sheriff’s Department regrets this tragic mistake and mourns the loss of one of its members.”

Read the prior story about this situation here.