A rescue dog, adopted from the Taunton Animal Control, is recovering from injuries he sustained after a man attacked him with a machete. According to the Taunton Police Department, the pit bull was attacked on Monday night.

In a release, the Department recounted what happened:

Department received multiple 911 calls stating that a man was attacking a dog with a machete in the area of 21 Church Street. When officers arrived they observed a group of people tending to a dog laying on the ground bleeding. The dog received two large lacerations, one laceration to the neck area and the other in the back just under the neck in the spine area.

Animal control officers recognized the five-year-old dog named “King,” who had been adopted from the shelter. Officers transported the injured dog to the Bridgewater Animal Hospital for treatment. King is now in the custody of the Taunton Animal Control.

According to the release, a female victim was also stabbed when she attempted to intervene on the dog’s behalf. The woman was able to walk to the emergency room for care before the police arrived. Officers responded to the Morton Hospital to speak with the victim, but she was “uncooperative.”

The preliminary investigation indicates that all of the parties involved knew each other. The name of the suspect has not yet been released. 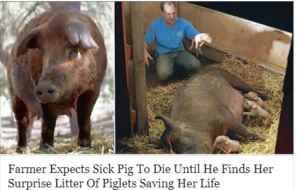 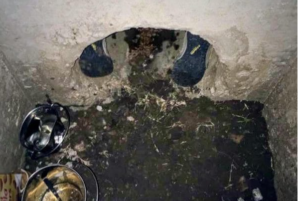