You are here: Home1 / News2 / animal cruelty3 / Maryland man accused of stabbing his dog in the neck 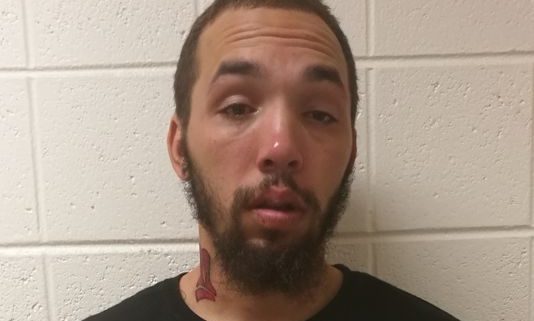 A dog belonging to man in Cecil County, Maryland, suffered grievous injuries after being stabbed with a “large knife” in his neck. According to Delaware Online, 25-year-old Reginald L. Farley II stabbed his dog after the pit bull got into a fight with a neighbor’s German shepherd.

Late Wednesday night, a trooper was getting information about the dog fight from the owner of the German shepherd when he heard a dog crying – when he to a nearby home went to investigate, he encountered Farley, who told him that the dog was dead.

After the trooper asked to see the dog, he discovered that the dog was still alive, and that he had a large knife protruding from the neck. The dog was too seriously injured to be saved – the trooper dispatched the dog with his service weapon after getting Farley’s permission.

Farley was arrested and he is facing two counts of animal cruelty.