You are here: Home1 / News2 / animal cruelty3 / Man accused of torture and killing of dogs let off on technicality

Charges against a Trenton, Michigan, man, accused of torturing and killing multiple dogs, have been dismissed on a technicality reported Wednesday’s Click On Detroit News. The man who was accused of killing the dogs is identified as 21-year-old Allen Bonds.

Bonds allegedly killed three Yorkshire terriers who belonged to his girlfriend’s mother. He also is accused of breaking into the victimized family’s home and torturing a fourth Yorkshire terrier, who was left with a bloodied nose and an eye injury.

The first two dogs died in the summer of 2014 when Bonds was caring for them – after the death of the first two Yorkshire terriers, the family obtained a third dog named Flanigan. Flanigan had two of his paws broken before someone, allegedly Bonds, broke his neck.

Bonds was arrested at Ferris State University in September 2016 – he faced multiple charges, including animal cruelty and home invasion.

Though the judge dismissed this case, the Wayne County Prosecutor’s office plans to reissue a warrant. 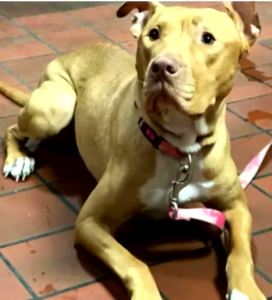