You are here: Home1 / News2 / animal cruelty3 / Man accused of murdering his newborn baby and his puppy

A Maryland man is accused of two heinous acts of cruelty. The first deadly incident took place last February in Rockville when Roger Lee Miller Jr., now 20, allegedly kicked and punched his 10-week-old pit bull puppy “Milo,” and then through the puppy outside in 23-degree weather.

According to ABC 7 News, police found the grievously wounded puppy seizing on the cold pavement and though the pup was rushed to a veterinary hospital for treatment, his wounds were so devastating that he could not be saved. For reasons unknown, charges against the puppy’s alleged killer were not immediately filed and months later, the same man allegedly turned his rage to his own months old son.

According to Montgomery County police, Miller violently shook his baby in late October – the abuse left the infant vomiting and bleeding from his nose. Days later, the baby boy died from his injuries.

Miller is now facing charges for killing the puppy, and his son. If he is found guilty of all the charges, he could face life in prison. 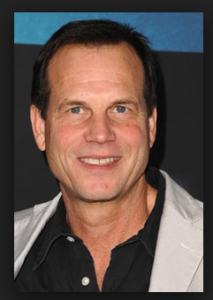