You are here: Home1 / News2 / Dogs3 / Update on blind dog and his seeing eye friend

Thousands of people from across the nation have been hoping that a blind dog and his canine seeing eye friend would be adopted or rescued from the San Bernardino Shelter in California. On October 25, the Cause for San Bernardino Paws rescue agency notified Facebook followers that the pair was safe.

What an incredibly special day today. First, we had the honor of rescuing a senior bonded pair in need at SBC #A303048 (now Bosco) & #A224605(now Riley). Bosco had both eyes removed at some point in his past and Riley is his seeing eye dog. We noticed something unexpected as we walked them out of SBC – Bosco was immediately drawn to his new human foster kid, and he sought out her voice and wanted to walk right alongside her. He chose her and bonded with her immediately.

Riley (the seeing eye dog) is overweight (possibly a thyroid issue) and she has several masses on her body. She is also believed to be struggling with some pain from arthritis. Bosco has some dark, rough spots on his legs and elbows that will need to be looked at, but he is otherwise described as a dog who “thinks he is a puppy!” 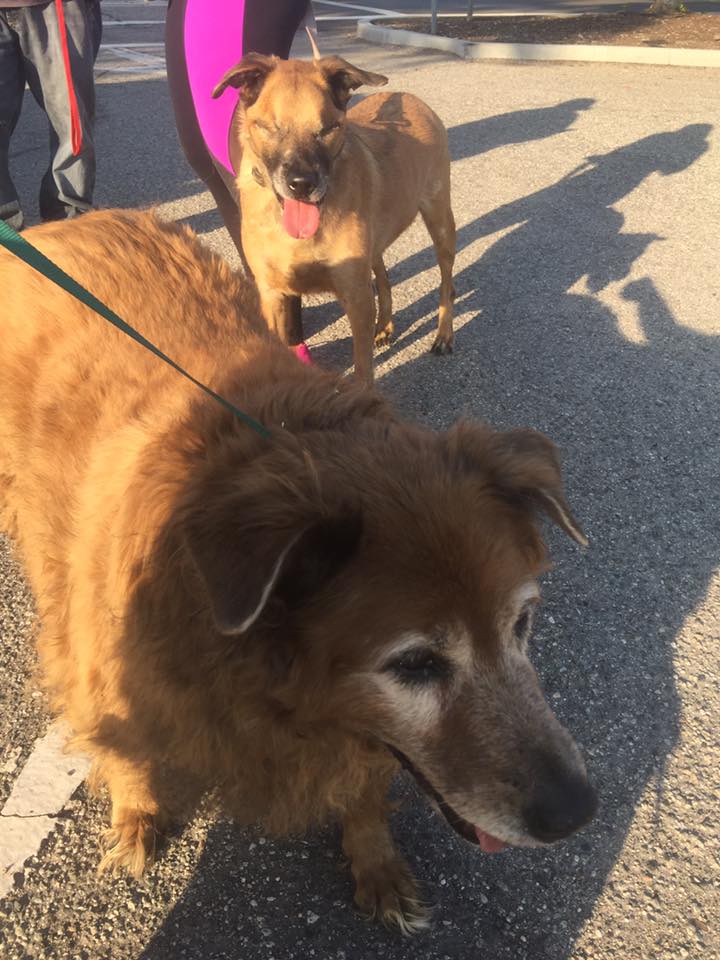 Both dogs were able to leave the frightening shelter environment and relax in their new foster home. The rescue is taking them for a veterinary exam to see what is needed for them medically.

N.Y.C man stuffed emaciated dog in suitcase and tossed it in dumpster
Scroll to top