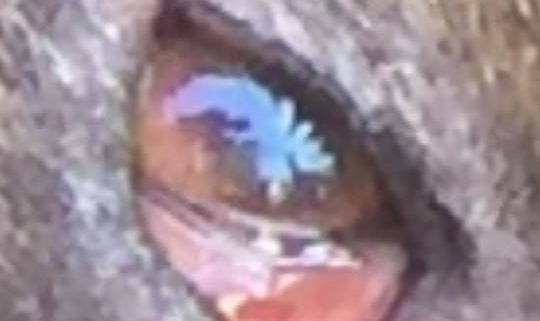 In Camden, New Jersey, authorities charged Robert A. Elliott Sr., 47, on Wednesday for the felony possession of dogs for the purpose of dog fighting, reports NJ1015News.

On June 1, thirteen  pit bull type dogs were removed from Elliott’s home. Some of the dogs had been chained in a wooded area and several were kept in shipping crates in the dark basement. Many of the dogs bore the scars of fighting. In addition, authorities found equipment used for dog fighting, veterinarian supplies, a rape stand used for breeding and sticks that trainers and dog fighters used to pry open the dogs’ mouths. The case, a part of  what was dubbed, Operation Grand Champion, began in June when officials executed a search warrant at Elliott’s home where he lived with co-defendant Frank Nichols.

Elliott admitted that ten of the dogs belonged to him. The dogs, named Shottsie, Neicee, Hope, Twenty, Johnny, Nikki, Bobo, Poker Face, Ruby and Samantha are currently in the care of the Humane Society. Nine other individuals were arrested in June for their collective involvement in the interstate dog-fighting operation.

According to the Department of Justice press release, Elliott has been charged with two counts of possessing pit bulls dogs for dog fighting ventures in New Jersey and elsewhere. The federal Animal Welfare Act makes it a felony to fight dogs or to possess, train, sell, buy, deliver, receive or transport dogs intended for use in dog fighting. Each count of possession for participation in dog fighting carries the maximum penalty of five years in prison.

The fate of the dogs has not been released. Tragically the dogs usually suffer the worst consequences through no fault of their own – blame their owners!

Too young to charge: 5-year-old caught kicking and abusing neighbor’s...