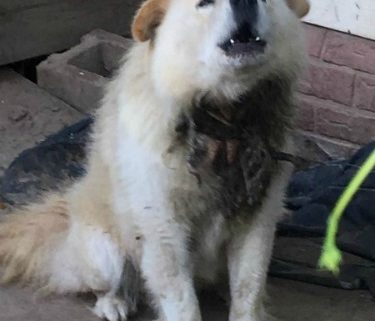 In Kennett, Missouri, two dogs left outdoors in the oppressive heat were seized by the Kennett Humane Department and remain in the custody of the shelter after their owners were found guilty of animal neglect in court on Wednesday. 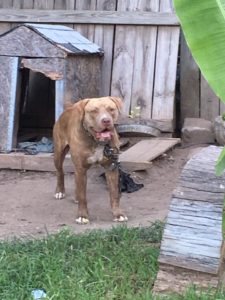 On  September 1, authorities were informed about a pit bull who had been wearing a log chain and padlocks around his neck. The dog could barely lift his head from the weight of the chain. Another dog, an emaciated Chow Chow, “smelled like roadkill,” according to officers. His collar had been embedded into his neck, he was infested with fleas and had been described as a “matted mess.” 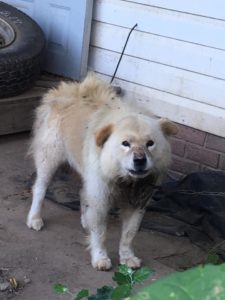 Both dogs were taken to the Kennett Veterinary Clinic where they have been treated for their injuries.

On Wednesday, two adults were in court and found guilty of three counts of neglect. An update on the organization’s Facebook page reflects how a city pound is making a difference in the lives of these two dogs. 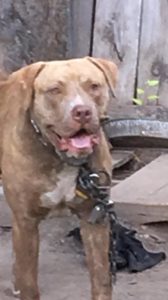 “Our main goal is for these two dogs to remain in custody of KHD so they can be altered, continue medical care and eventually be placed where they can continue to thrive! Our second goal is asking the courts for a no pet order along with some type of punishment. Judge Mowrer found the two adults guilty. However they have ten days to file an appeal! This would mean a new trial in State court! Updates to come in ten days.”

If you see a crime against an animal, contact your local authorities. No animal should live in such a manner or be treated as such. Be the voice for those who cannot speak. 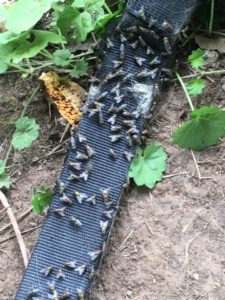 If you would like to donate to help with the veterinary care of KHD animals,  the shelter would greatly appreciate it. Donations can be mailed to KHD or the veterinarian of your choice: