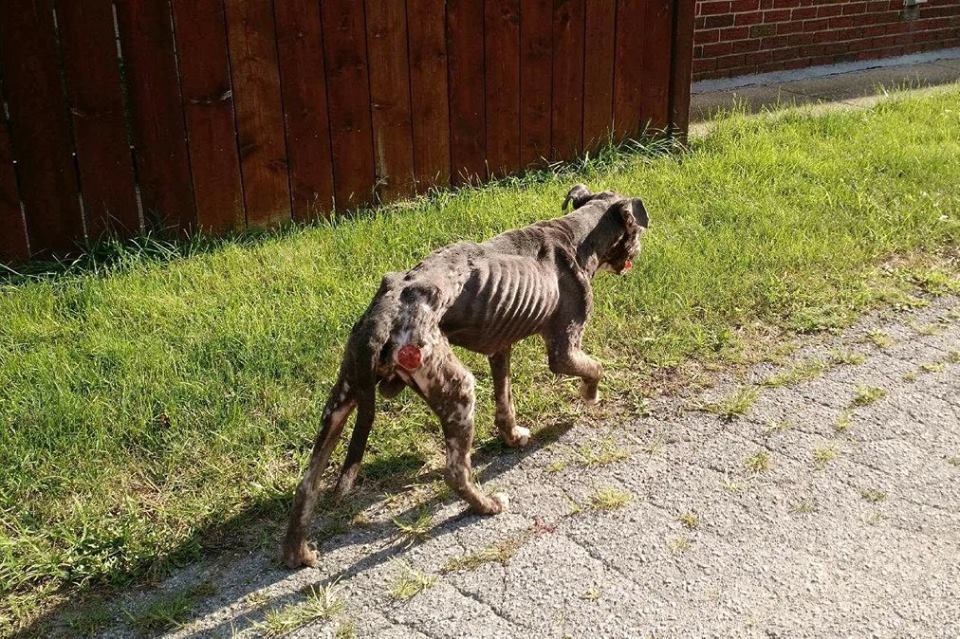 A starved dog, found wandering the streets in Chicago, Illinois, has been taken on by a charity organization which is calling his case one of the worst cases of abuse it has ever seen. On Monday morning, the Trio Animal Foundation (TAF)  introduced Facebook followers to the ailing dog dubbed “Augustus.”

The organization stated that a good Samaritan noticed the gaunt dog and reached out to the police for help – the authorities contacted TAF, and rescue efforts were quickly put into action. The organization stated, “It did not take long before TAF was contacted and our friend Frank dropped everything to go and pick up Augustus. As Frank pulled Augustus out of his car at the ER Vet, it took everything not to burst into tears. In his arms was a defeated dog who looked to be holding on for dear life…. the abuse that this dog had endured was unfathomable.” 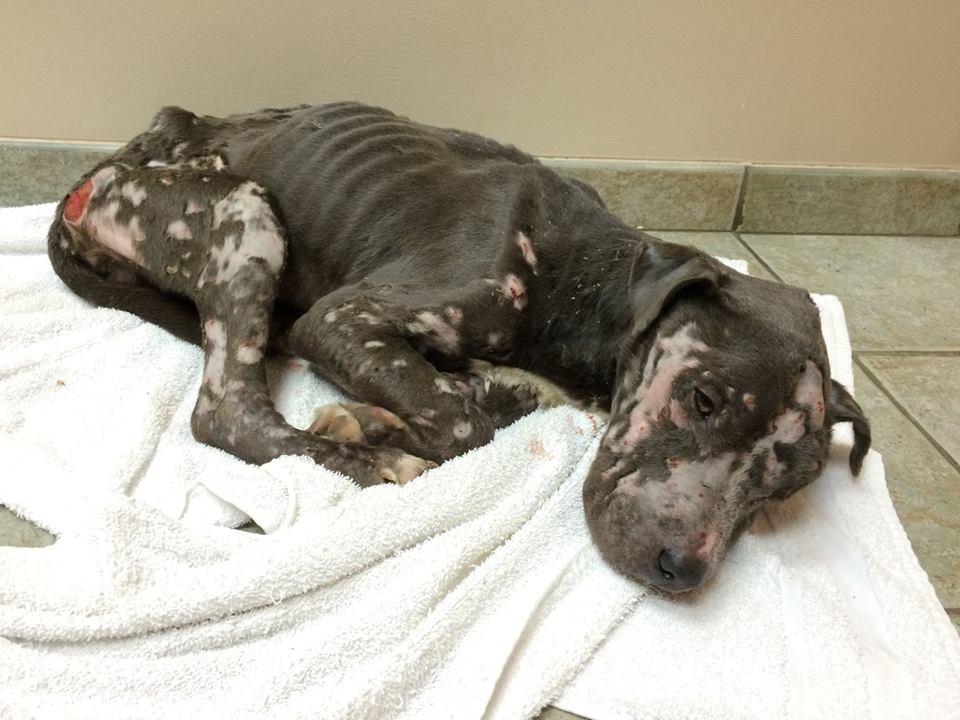 TAF outlined Augustus’ pitiful condition, “chunks of fur and skin were falling off as we walked through the front door at the ER. Augustus’ head was sunken in, he had large deep wounds that were dripping blood and his bones pushed so hard against his skin that they looked as though they would break right through his flesh. With such severe muscle atrophy and starvation, Augustus looked like a skeleton.”

Augustus is currently being treated at the intensive care unit of the veterinary hospital – preliminary results of his blood work show that he is suffering from infections and severe anemia. He is so emaciated that he is at risk of organ failure. 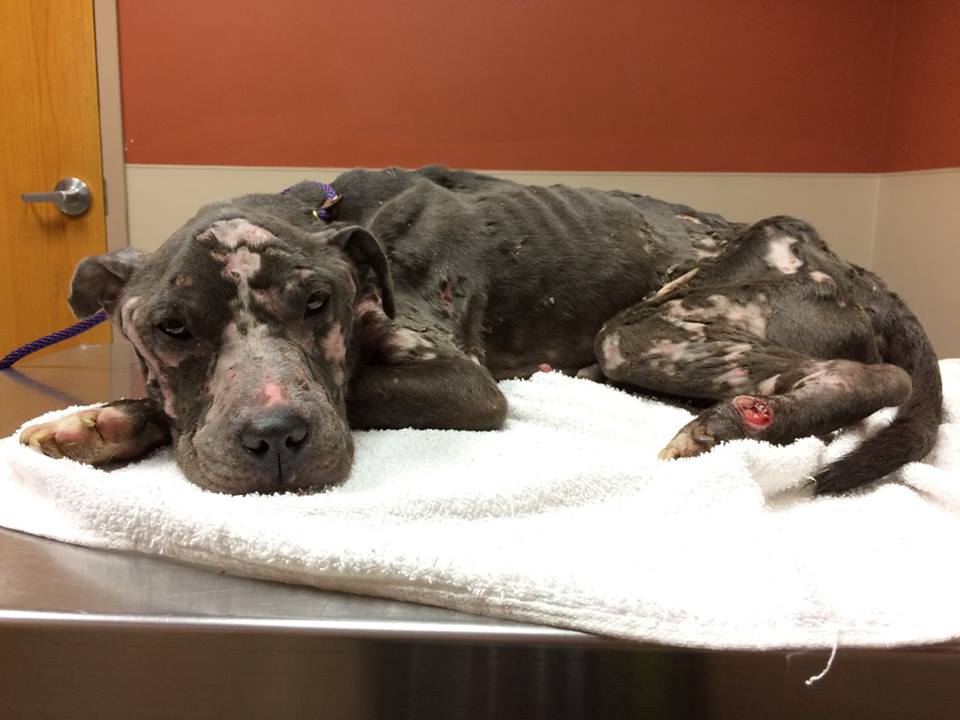 Please keep this ailing dog in your thoughts – individuals interested in helping TAF support Augustus’ veterinary expenses can make a donation to their website (please indicate that the donation is for Augustus).

Autistic child locks herself in bathroom with her dog as police label pet ‘banned... Old soul shepherd surrendered wears his broken heart on his paw
Scroll to top