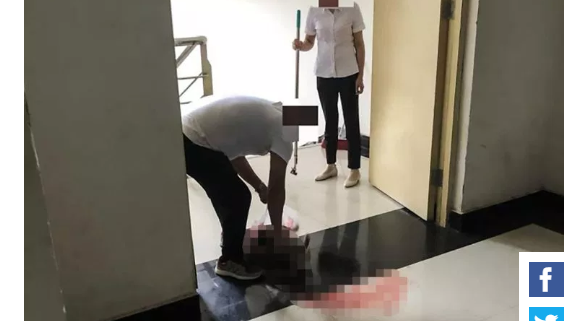 A puppy who sought shelter inside of a university dormitory met with a cruel end thanks to staff members who ruthlessly beat him to death. According to Metro News, the horrific situation took place at Ankang University in north-western China’s Shaanxi province

People for the Ethical Treatment of Animals (PETA) Asia have condemned the cruel situation. The animal welfare agency was told by university students that the puppy ‘howled in agony for minutes’ while the security staff chased and beat him. PETA has condemned the killing and is calling for the employees involved to be dismissed – the agency is also calling for ’empathy training.’

Better ways to deal with strays

Obviously, there are more humane ways to deal with stray animals. Bludgeoning a puppy to death in a student dormitory should never happen – anywhere.

“The most effective way to prevent overpopulation of cats and dogs on the streets is by implementing strict laws mandating spaying and neutering – violent acts like this one don’t address the problem.”

Sweet, snaggletooth stray needs a new lap to snuggle on