You are here: Home1 / News2 / animal cruelty3 / Short jail time for men who bludgeoned elderly dog with hammer and nai... 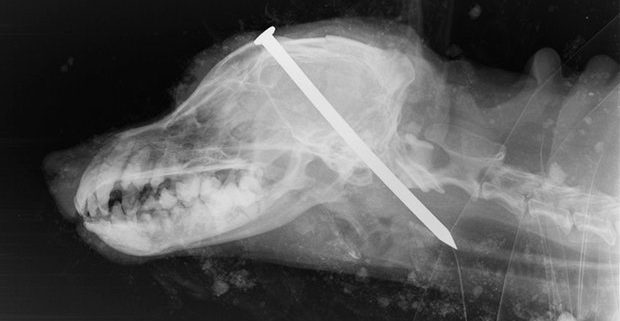 The men responsible for repeatedly striking an elderly dog with a hammer, and then driving a nail into the dog’s head, will be spending a short time in jail for the heinous crime. According to Wednesday’s publication of the Guardian, Michael Heathcock, 59, and Richard Finch, 60, will likely spend just two months behind bars for the torturous abuse to 16-year-old “Scamp,” who was buried alive.

Heathcock and Finch pleaded guilty to the charges resulting from the brutal “failed euthanasia” attempt which did ultimately claim Scamp’s life. The dog was discovered, still alive and in agony, buried in the woods. After the elderly dog was taken to a veterinarian, it was determined that the injuries were too severe for him to survive.

Finch and Heathcock did not want to pay for the euthanasia fee to put down the elderly dog, who was blind, deaf and incontinent, so they attempted to kill him on their own. Their attempt was far from quick or painless – a veterinarian determined that Scamp had been struck at least six times in the skull and noted that this was the worst case of animal cruelty which he had seen in 30 years.

Chairman of the bench, Frances Linsley, commented on the heinous nature of the crime, “This was a barbaric act which was premeditated and caused untold suffering to the dog Scamp.”

Unfortunately, current laws allow for minimal jail time – limiting the punishment that Heathcock and Finch will receive. Prior article about this distressing case here.

Please feel free to leave your comments below. 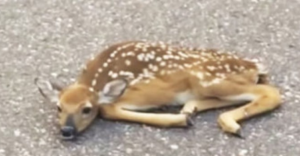 Dog tied to a pole and abandoned by owner who said he “didn’t want him anymore” is now on death row – read the story here. 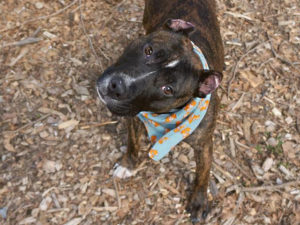