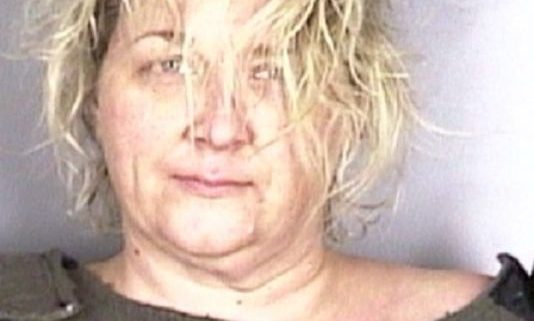 An Oregon woman, who strangled her neighbor’s young puppy earlier this year, has been sentenced to several years in prison. According to the Statesman Journal, on Monday, 44-year-old Meagan Lafferty was sentenced to just over three years in prison after she pleaded no contest to charges stemming from the cruel incident which took place in Salem on January 30.

Lafferty had been invited to stay at a neighbor’s residence after being displaced from her own home because of a fire; the Labrador retriever mix pup belonged to person who was kind enough to take Lafferty in. According to the puppy’s owner, Lafferty picked up the nine-week-old puppy and tried to walk out the door.

After the pup’s owner told Lafferty to let the puppy go, the woman placed the pup on a chair and strangled him, while stating, “I am God, and I am here to end his misery.”

Even when the police arrived to the residence, Lafferty refused to release her grip on the puppy’s throat – she had to be pried loose from his neck.

Lafferty’s sentence includes one year in jail for the harassment charge and two years and four months in prison for killing the puppy – the judge ordered the sentences to be served consecutively.

‘This is what we do’ cowboys rescue trapped livestock in Texas