You are here: Home1 / News2 / Dogs3 / Man accused of brutally beating his dog for peeing in the house

A 20-year-old Framingham, Massachusetts, man is facing charges after a witness claims to have seen him brutally beating his dog. According to CBS Boston, the man accused of abusing the dog is identified as Aramis Ortiz.

The good Samaritan who phoned the authorities has stated that she witnessed Ortiz swinging a dog, later identified as a pit bull named “Chaos,” around by his leash and slamming the dog repeatedly into the ground. After the vicious treatment, the dog was allegedly thrown into the nearby woods and abandoned. 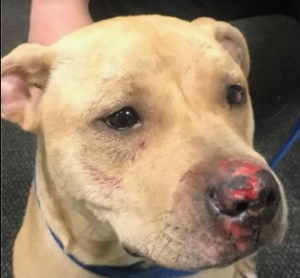 Responding authorities found Chaos hiding in some bushes – he appeared to be terrified and had several visible injuries on his face. Chaos was taken to a veterinary hospital for treatment and care.

Ortiz first denied the allegations, then admitted that he was mad at his dog for peeing in the house. Ortiz was arraigned on Monday.

Girl raised by gorillas – watch an amazing and touching reunion at this link. 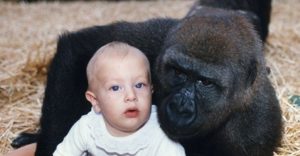