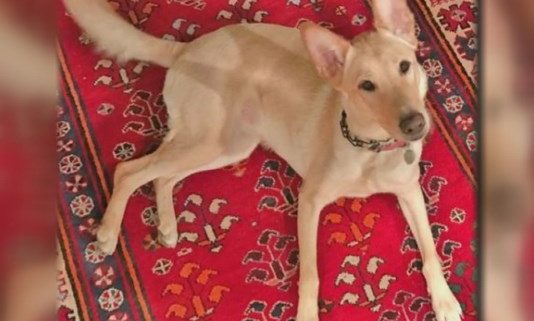 The final dog, missing from a fatal car accident in Pueblo County, has been found. According to the Houston, Texas, based agency, Rescued Pets Movement, the fourth and final dog has dropped a great deal of weight from the time that she disappeared 22 days ago, but she is now safe and sound.

On Sunday, Rescued Pets Movement wrote about the dog’s discovery:

Kelly finally felt safe enough to approach the door of a farmhouse in an area she had been spotted. After 22 days in the Colorado elements, she is safe and resting comfortably. Kelly just left the veterinarian’s office. She lost 14 pounds in the ordeal and has very sore paws, a sore left hip, and has some eye pain due to the sun and snow (which the vet thinks will clear right up with the prescribed medicine). 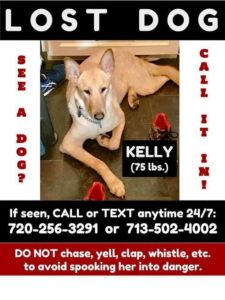 Kelly, and three other dogs, were in a van which rolled over on Interstate 25. The driver of the van died in the terrible accident, and the dogs inside got loose and disappeared. Kelly was the final dog missing after the wreck.

The van had been transporting dogs to Colorado area animal shelters at the time of the accident.