You are here: Home1 / News2 / Dogs3 / Dog, near death, discovered by abandoned house

On Thursday, a middle-aged dog, who was near death, was found along side an abandoned house in Michigan. Animal control picked up the dog, who was so cold that his temperature would not register on a thermometer.

The dog, dubbed “Copper,” has been taken under the wing of the River Rouge Animal Shelter and he is receiving care from Healthy Paws. On Thursday afternoon, an update about Copper’s condition was posted to Facebook:

Coppers temp is still too low to register despite him being packed in warm blankets and heating pads, but he IS getting warmer, and the wonderful staff at Healthy Paws just keeps switching out the blankets w warm ones, as they stay right by his side. He’s a trooper, but we still don’t know if he’s gonna make it.

If he makes it through the night he will be going to TLC Rescue tomorrow. He’s going to stay at Healthy Paws for the night under the River Rouge Animal Shelter. Please say a prayer for this boy. He has the most handsome face and beautiful eyes, and he wants to live. 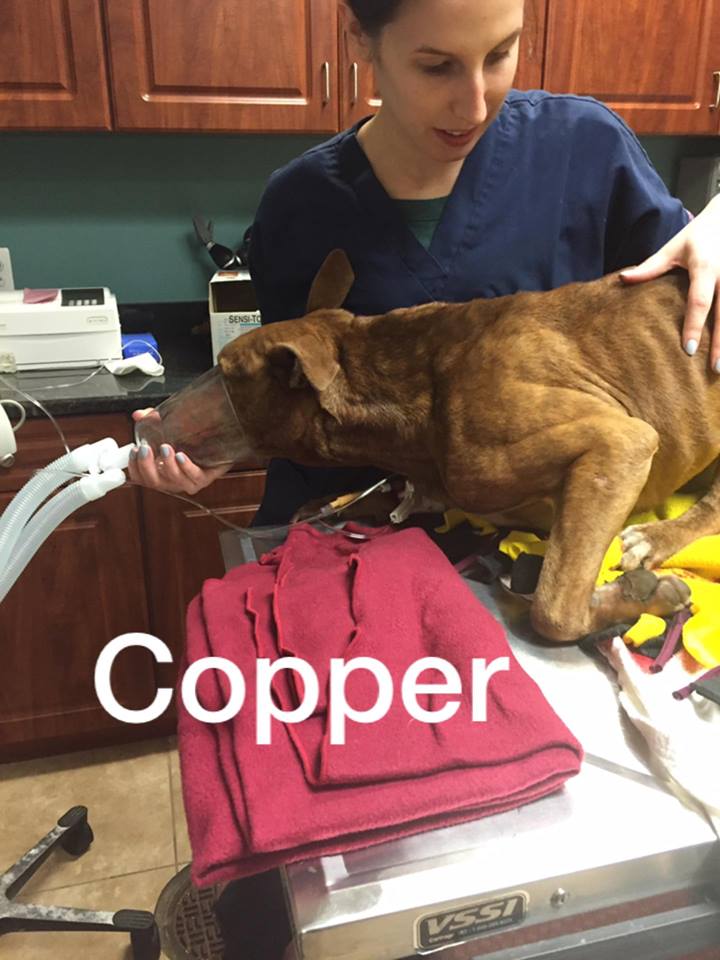 Given Copper’s initial condition – emaciated, immobile and freezing, there was consideration given to having Copper humanely euthanized. It was his pleading eyes, showing a will to live, which has inspired the fight to save Copper’s life.

Premiere of ‘A Dog’s Purpose’ cancelled amid animal cruelty...
Scroll to top