Last Thursday, a crated dog, abandoned in an Ontario dog park, was discovered by a good Samaritan. According to CTV News, the crate was found just off of a road, on a snowbank at the Freedom Dog Park in Huntsville.

Whoever abandoned the dog also left some toys, and a note asking for a “better forever home,” for the pup.

I am absolutely disgusted with whoever dropped off this poor innocent puppy at the dog park today in a little crate; she would have froze to death in this cold! I didn’t notice the poor little guy until our way out of the dog park!! She was crying and shaking when I found her.

The good Samaritan who found the young dog contacted the Ontario SPCA – the agency is caring for the dog and searching for the individual who abandoned her at the park.

Anyone who recognizes the abandoned dog is asked to reach out to the Ontario SPCA.

Recently in the news: Family devastated after beloved horse found shot in the head 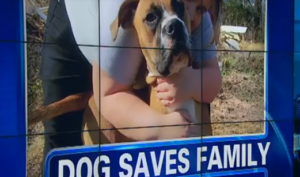