You are here: Home1 / News2 / Dogs3 / Owner faces cruelty charge after her dog falls off roof of 4-story bui... 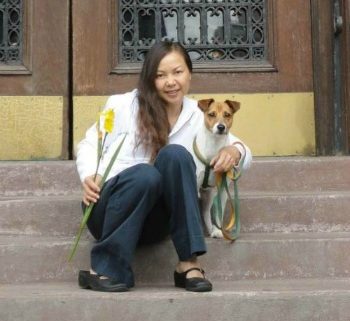 In Albany, New York, a dog owner was charged with misdemeanor animal cruelty on Thursday after an investigation involving her dog falling off the roof of the four-story apartment building where she lived. According to the Albany Times Union, Bin Cheng, 47, had been warned several times by police and animal control officers in the past for “allowing her dog to run on the roof without a leash.”

On November 7, authorities were called to Cheng’s residence located on Columbia Street after the dog plummeted to his death. Albany police spokesperson Officer Steve Smith stated that each time when authorities arrived at her apartment for complaints from neighbors about the dog barking, they told Cheng it wasn’t safe to leave the dog running around freely on the roof of the building.

Rest in peace Buddy. We are sorry your owner didn’t take care of you.

Inauguration fundraiser: Hunting trip with the Trump sons for $1 million
Scroll to top