You are here: Home1 / News2 / Dogs3 / dog abuse4 / Owner drags dog on back down street for sniffing a rock
Spread the love
Tweet 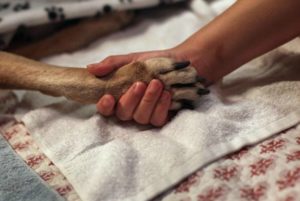 In LaCrosse, Wisconsin, a transient has been charged with animal cruelty for dragging his dog on its back along a street on Sunday, reports WizmNews.

Concerned residents called the police as Elias Delaney Quinn, 28, was witnessed dragging his dog after the pooch stopped to sniff a rock.  Quinn became angry and threw down his water bottle while cursing at the dog. Quinn then dragged the dog on its back by its leash along the Second and Pearl Street intersection; the dog whimpered and cried out in pain. The dog then managed to escape from his leash and ran away. The man caught up with the dog and cursed it out again. Authorities report the man was intoxicated.

A woman traveling with Quinn is caring for the dog. Quinn is scheduled to appear in court on October 5.

Leave a Reply to Liz B Cancel reply

Puppy seriously injured after deliberate throw from balcony No jail time for woman who left dog to die after dumping him at closed shel...
Scroll to top