You are here: Home1 / News2 / Dogs3 / dog abuse4 / Louisiana man sentenced to 5 years in prison for beating his dog to death... 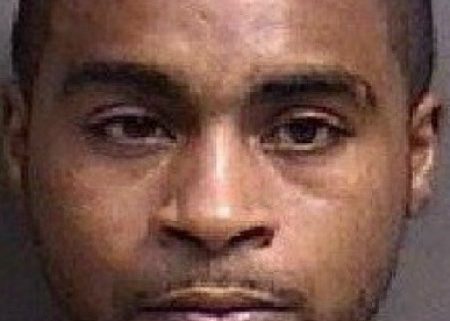 An Ascension Parish man was sentenced to five years in prison on Monday for beating his dog to death with a baseball bat in June 2014, reports the Advocate.

Jamari Jackson, who resided in Prairieville, had faced up to ten years in prison for aggravated cruelty to animals. A jury found him guilty in July, however presiding Judge Jason Verdigets of the 23rd Judicial District stated he believed the case was more of criminal negligence than intent. According to the Ascension Parish Sheriff’s Office, deputies discovered the dying dog at Jackson’s home after a witness reported seeing Jackson beating the dog with a bat. Jackson told authorities the dog had been caught in a barbed wire fence, and he used the bat to knock the dog unconscious so he could untangle the female pit bull out of the fence. The dog later died at an animal hospital.  A necropsy revealed the dog died from traumatic injuries to her brain.

In the original case, Jackson’s girlfriend who had been hosing the dog down with water while Jackson beat the dog with a bat, was also charged. Charges have since been dropped against Sammi Jo Corley.

The case caught national attention, and Judge Verdigets addressed the courtroom audience warning onlookers this was not the place for outbursts or protests; stating justice is “one thing it is not, in my belief revenge.”

Advocates were pleased with the sentence, citing too many convicted animal abusers have walked out of courtrooms with no more than a slap on the wrists.