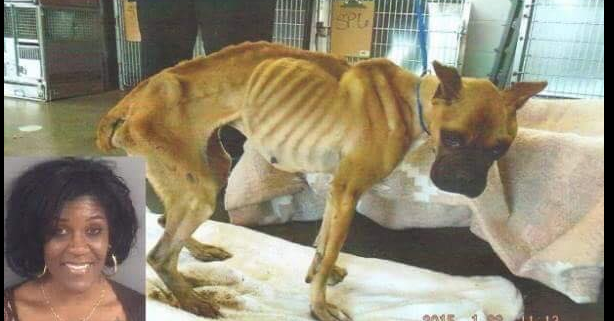 A Fayetteville, North Carolina, woman was found not guilty of wrongdoing on Monday after a jury listened to testimony in a case involving a dog who was so emaciated that he had to be humanely euthanized. According to the Fayetteville Observer, Stephanie Bates had been facing felony animal cruelty for the death of her three-year-old boxer, “Bruno,” but a Cumberland County Superior Court jury did not find sufficient evidence for the charge to be upheld.

Bates’ dog had to be humanely euthanized in early 2015 – he was put down after suffering cardiac arrest at a veterinary hospital. According to ABC 11 News, Bates had taken Bruno to a veterinarian in 2013 and the dog was diagnosed with gastro-intestinal issues. Several months later, the dog was seen again and his condition had not improved.

A year later – Bates called a veterinarian to request that the emaciated dog be put down – when the veterinarian refused the request, without seeing the dog first, Bruno was surrendered to the Cumberland County Animal Control. The dog was so starved that he could barely stand.

In court, there were two varying expert opinions offered to the jury – on one side, claims were made that Bruno would have died, regardless of the care that he was provided. On the other side, experts testified that Bates allowed Bruno to starve to the brink of death.

The jury sided with those who determined that Bruno would have died no matter what care he was given and Bates was allowed to walk free, without any further charges over her head for the death of Bruno.

Louisiana man sentenced to 5 years in prison for beating his dog to death with...

Service puppy in training stolen in Georgia
Scroll to top