A shocked member of the public found two ten-week-old puppies in her trash can late last week in Aberthin, United Kingdom. Hope Rescue was notified and stepped forward to help. The puppies, possibly hound mixes, were named Sprout and Parsnip by the rescue organization. They were covered in fleas, suffered severe skin infections, were very underweight and barely able to stand. They were rushed to the organization’s veterinarians for emergency treatment, and it was hoped they would be able to recover.

Tragically, a few days later, after having made good progress, Parsnip went downhill. He began to act very lethargic, and his gums appeared pale; he was rushed back to the emergency veterinarian hospital where it was confirmed he had tested positive for parvovirus. Because parvovirus is so contagious, Sprout was also brought in to be tested and treatment initiated.

On Sunday, the Hope Rescue posted that a Christmas Miracle was needed, but it was too late for Parsnip:

Sadly Parsnip passed away earlier this evening despite the very best care from our wonderful vets. He deserved so much better and life dealt him a lousy hand from day one. Our team are beyond devastated but we’re also angry. Parsnip was an innocent puppy, and his breeder traded his little life for profit, no doubt discarding him when he was too poorly be sold. Though we are in tears right now, we will use the anger we feel to continue to fight against puppy farmers and backyard breeders. Rest easy Parsnip, and we’ll keep doing everything we can for your brother Sprout.

A previous update stated Sprout was doing well, however he had not been eating. His doctors tried giving him some anti-nausea medication to see if that helped, but were concerned if he didn’t start eating soon, he would have to be placed on a feeding tube.

This morning it has been reported Sprout continuing to fight hard. His blood sugar fell, but veterinarians have been able to regulate it. He is now eating small amounts, so he hasn’t needed to have a tube fitted. He is still quiet and lethargic, and his abdomen is quite painful, so he isn’t out of the woods yet. There is still the possibility he could go septic as Parsnip did, and so his prognosis remains guarded.

If anyone has any information as to how Sprout and Parsnip ended up in such a terrible condition, please call 01443 226659.

You can make much needed donations here: https://www.hoperescue.org.uk/…/hope…/20/direct-debit 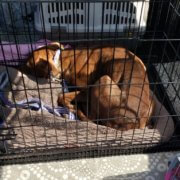 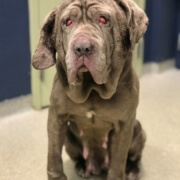 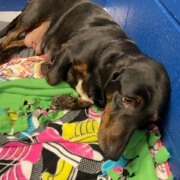 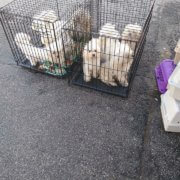 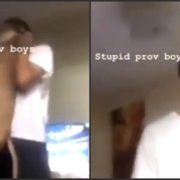 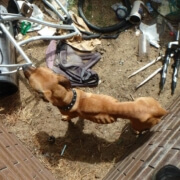 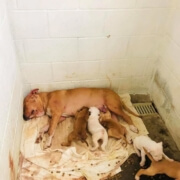 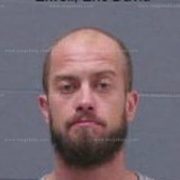 Unbearable pain – six horses perished in barn fire, ‘they were like...
Scroll to top