You are here: Home1 / News2 / Dogs3 / Dog health4 / Suffering senior dog so grateful to be alive finally rescued after thousands...

A senior dog named Magoo is finally safe. After more than a month, Magoo is resting and decompressing in a foster home.

On August 24, rescue organizations shared the photo and short history of a suffering eight-year-old dog whose plight had no interest from anyone and who had run out of time at a California animal shelter. Stand Up for Pits, a nonprofit animal rescue organization, put out a plan to save the dog’s life and get him the care he needed.

Thousands of animal advocates responded and preparations were made to rescue the dog dubbed Magoo.

The following morning the rescue organization had planned to pick him up, but shortly before the rescue’s arrival, the shelter adopted him out to a member of the public.

“We all were devastated, frustrated and genuinely scared for this boy who needed immediate medical attention … but he was gone.”

What seemed to have been an intentional act by another local group to undermine the rescue had arranged for a person in the public to “adopt” Magoo. Tragically the adoption turned out to be an even worse situation; in his latest home, he had been attacked by another dog in the household.

“Magoo was seen and shared by thousands of people, and for whatever sick reason, our efforts which (would have saved a life and provided the care of a dog who so desperately needed it) were willfully and purposely undermined. To put an agenda before the life of a senior dog in horrible condition or ANY dog for that matter is truly intolerable and cruel.”

On Monday, the people who adopted Magoo relinquished him to Stand With My Pack. He was immediately sent to their partner veterinary hospital and is not in the greatest of condition. He is undernourished, his ears are infected, his tail is broken, and there is a mass on his rear that is concerning.

“We are extremely excited to have Magoo under our wing now. He is situated with an amazing foster @karlaspack and is being dearly loved. He is so grateful to just be alive. We love him already so so much and will keep the updates coming…”

Magoo will need time to heal and will be receiving medical care until he is healthy enough to be adopted. Updates to follow. 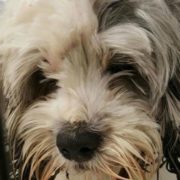 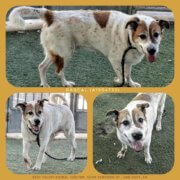 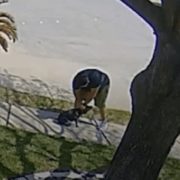 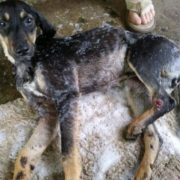 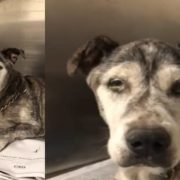 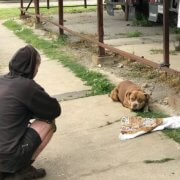 Alabama animal hospital that offers ‘goodbye kisses’ for dogs being...

111 dogs rescued from ‘deplorable’ conditions in Mesquite
Scroll to top