Anyone who has any information about two abandoned, lethargic and emaciated dogs found lying on the side of the road in the Gardner Seveney Sports complex in Portsmouth, Rhode Island on Thanksgiving day is being asked to contact the Portsmouth Police Department. The reward has been increased to $15,500 for information leading to the identification, arrest and prosecution of the person(s) responsible for the animal cruelty.

According to police, a call came in early on Thanksgiving morning about the two severely emaciated dogs. Officers arrived at the scene and rushed the dogs to the animal hospital where they received treatment for neglect. The two female dogs were appropriately named Turkey and Gravy.

The dogs who were named Turkey (dark colored) and Gravy (white color) were taken to an emergency veterinarian where they received treatment for neglect. Later in the day information was received that Turkey needed to be euthanized due to her poor health condition.

Gravy has since been in the care of Potter League for Animals and is slowly gaining weight. Brad Shear, CEO of Potter League, stated the dogs likely had been starved for weeks. Fortunately, Gravy seems to be a survivor, and although she is shy and scared is just looking for love and is very grateful for everyone showing her the love and affection she deserves.

Gravy will be available for adoption as soon as she feels better. 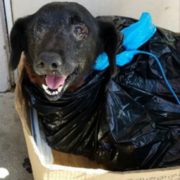 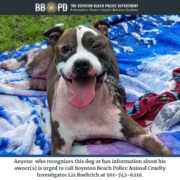 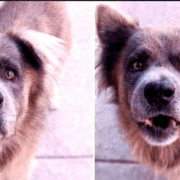 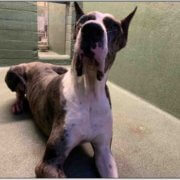 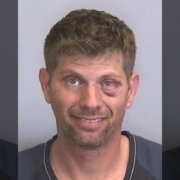 Young Great Dane found as stray in the field
1 reply

Oops! Family burns down home while trying to get rid of snake infestation

Texas musician pens ‘Goodbye Letter’ from perspective of his beloved...
Scroll to top