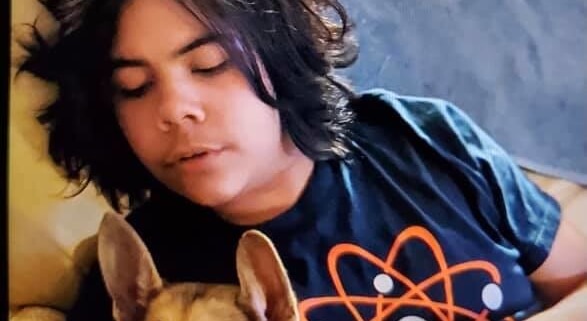 A missing 14-year-old boy, and his German shepherd, Isabella, have been found deceased in the woods off of Interstate 64, west of the Harrison County Hospital, in Indiana. The boy, Jacob McCarty, was last seen around 5 p.m. on September 21.

The Harrison County Sheriff’s Department released information about the tragic discovery on September 28:

According to the authorities, a search was conducted in this area after a citizen reported seeing someone matching Jacob’s description walking with a dog along Interstate 64 around 5 p.m. on September 21. An area business owner provided security footage confirming the citizen’s report.

An autopsy is being performed, but the authorities do not suspect foul play.

Jacob’s father has been notified and briefed of all information known by law-enforcement. We ask that each of you pray for Jacob’s father and all those involved in his life. This is a devastating time and a hard road that follows for Jacob’s loved ones.

This dog was dumped and left tied to a pole but she got lucky and Villalobos...

German shepherd alerted neighbor and opened three latches to help save his owner...
Scroll to top