You are here: Home1 / News2 / Dogs3 / dog news4 / Elderly dog recovering after being thrown from car and left to suffer on...

An elderly dog dubbed Brownie is recovering after someone tossed him from a vehicle and left him to suffer on hot concrete in Tampa, Florida. Video of Brownie when is was found is hard to watch, the senior dog is panting heavily, unable to stand, and suffering from the effects of the extreme heat.

But Brownie is making a comeback thanks to the Rescue Division of the Humane Society of Tampa Bay. The animal welfare agency recounted the rescue effort on Thursday, writing:

Another rescue❗ This poor pup was found with a blue rope around his neck lying outside on the concrete unable to move. 🥺The people that found him called several organizations for help, but no one responded. They did not know about our Rescue Division, but figured they would call us to see if we could help. Our Rescue Team was ready to roll and made it to the scene to save the dog just in time. 🙏🐾

The dog was overheated with a temperature of nearly 105. We were told he was laying on the concrete for 3-4 hours. 😫 A red van passed by him and circled back around. The dog’s finders believe he was dumped by this vehicle.

Brownie is doing much better today after a night of rest and TLC! 🙌
After further examining Brownie this is what we learned:
🔸 Brownie is a senior Pitbull who is likely 10 -12 years old.
🔸 Brownie has a severe bacterial skin infection which is causing him a great deal of discomfort. He will require medical baths every other day for the next week and oral medication.
🔸 We suspected there was a mass in Brownie’s upper abdomen, but after taking an x-ray it was confirmed that there is not mass present. 🙏

The shelter staff has stated that although Brownie is scared and confused, he is “very sweet.” 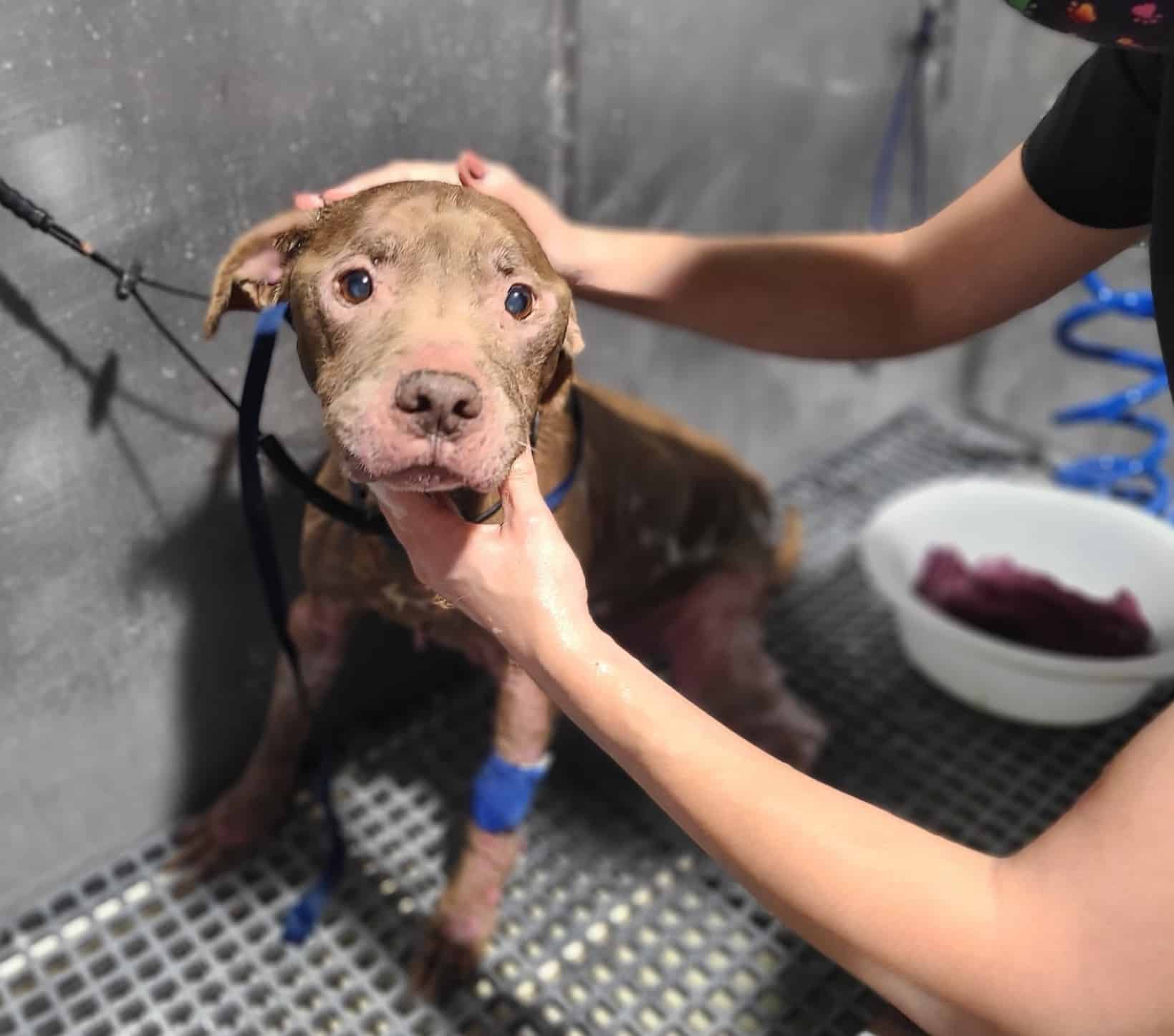 You can follow Brownie’s progress and/or make a donation at this link to the shelter’s Facebook page.

‘Big Red’ shivered in his kennel and he got a home, but no one wants...