You are here: Home1 / News2 / animal cruelty3 / Veterinarian implanted heroin in puppies – now he is headed to p... 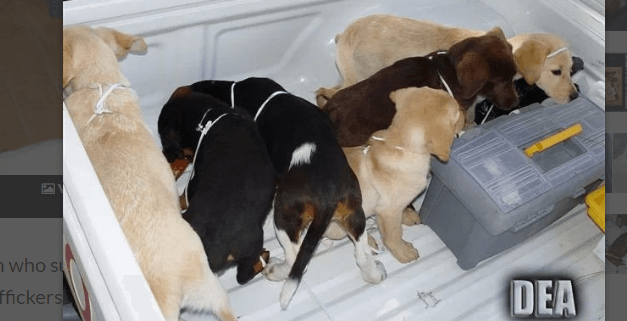 The veterinarian who implanted liquid heroin inside of puppies, in order to smuggle the narcotic for drug traffickers, is headed to prison. According to multiple sources, 39-year-old Andres Lopez Elorez, of Colombia, was sentenced to six years behind bars on Thursday.

Elorez sewed bags of liquid heroin into puppies who were being sent to the United States – upon arrival, the drugs were surgically removed, reports Pix 11 News.

Richard Donoghue, U.S. attorney for the Eastern District of New York commented on the sentencing:

“Every dog has its day and with today’s sentence, Elorez has been held responsible for this reprehensible use of his veterinary sills to conceal heroin inside puppies as part of a scheme to import dangerous drugs into the United States.”

More: A miraculous encounter – how a cardinal delivered comfort to a grieving family. More here.

Injured dog died after being abandoned inside of trash container left on ro...