Two people were arrested and charged after witnesses told the police that a puppy had been kicked into a pool in Myrtle Beach, South Carolina. As reported by WPDE News, an employee at the Hilton Ocean Enclave found a police officer patrolling the area and reported the suspected case of animal cruelty.

The responding officer was provided with surveillance video of the incident and 23-year-old Dillon Lark was identified as a suspect. When questioned, Lark admitted to “pushing” the puppy into the pool. Those who saw the cruel act state that the puppy could not swim and would have drowned if no one had intervened.

Lark was with 20-year-old Kelsey White, who was also arrested and charged. The pair had been drinking and are both facing charges for public intoxication. Dillon Lark is facing a charge of animal cruelty. 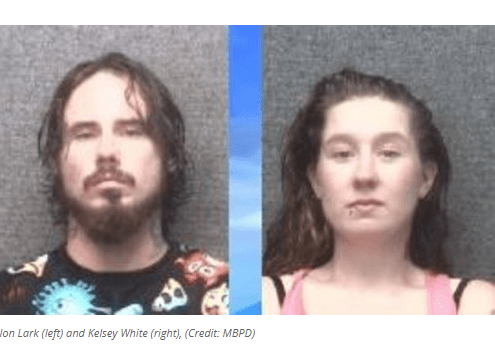 An officer found the 15-week-old puppy, who was kicked into the pool, in the hotel parking lot with Lark’s brother. The puppy appeared to be in discomfort when the officer touched him – the officer was told that the pup had a cracked rib from a prior incident.

The pup was seized and taken to the Grand Strand Humane Society.