As reported by multiple sources, 54-year-old Nikki Joly, a transgender, gay-rights activist, has been arrested for setting fire to his own home and insinuating that it was a hate crime. Joly initially made statements leading the authorities to believe that he was a victim – and the FBI even investigated. But now, the authorities believe that he intentionally burned the house down, with five of his pets inside, in order to gain further his own career, reports the Daily Mail.

There is speculation that Joly may have been upset that a 2017 gay pride parade did not receive enough attention and/or generate enough controversy…and that the fire was a way to get people riled up. But his attorney dismisses those claims. Daniel Barnett told the Detroit News, “It doesn’t make sense. He was citizen of the year. There was plenty of media coverage already before the fire.”

Investigators were able to determine that gasoline started the fire and traces of gasoline were discovered on Joly’s clothing – a time line of when the fire was reported, and Joly’s whereabouts on the day of the blaze, led investigators to their conclusion that he was the arsonist.

The blaze claimed the life of two German shepherds and three cats. He is facing one felony count of first-degree arson and two charges for “animal killing.” 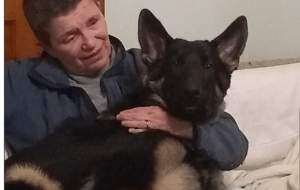 More about this incident here.

Couple’s golden retriever allegedly strangled and beaten inside of fenced...
Scroll to top