In Miami, Florida, the 19-year-old who allegedly torched a cat in a cage and then fed it to his dogs will not get any jail time. On Friday, Roberto Hernandez, who was 17-years-old at the time of the despicable incident, was sentenced to five years of probation and 100 hours of community service.

The video, captured on the a neighbor’s home-surveillance system on July 10, 2016 at the defendant’s home, showed Hernandez “dousing a live cat with some sort of combustible liquid.” Hernandez could be seen flicking lit matches into the cage until it burst into flames. The cat tried to escape while writhing in pain in the cage, and according to the witness, the defendant seemed entertained by the animal’s suffering and sipped on a drink while watching the animal suffer.

“He is seen opening the cage, grabbing the burned animal and throwing it to his pit bulls in order to finish killing the animal or to dispose of its remains,” stated Miami Dade Assistant State Attorney Nicole Garcia in a motion filed last week.

Defense attorneys told the Miami-Dade County Judge Hushin Sayfie the animal in the cage was a raccoon and not a cat, however the judge agreed that no animal should be treated that way, but did not feel the defendant deserved jail time. The judge said she believed Hernandez who claimed the animal was rabid and had been attacking his farm animals.

“It is our sincere hope that this young man who brutally caused the torture and death of a defenseless caged cat, will adhere to any suggested psychological or psychiatric treatment imposed by a duly qualified physician. As I have said may times, research shows that individuals who commit acts of cruelty against helpless and trusting animals don’t just stop here. Many of these individuals move on to commit violent acts against their fellow humans.”

(Photo of teen who torched cat video via FB) 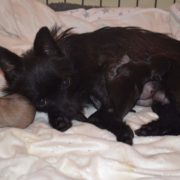 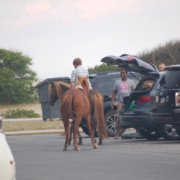 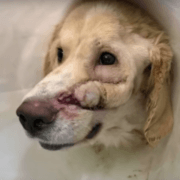 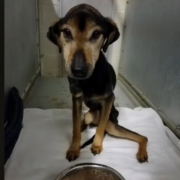 Najya was starving as most families were being thankful 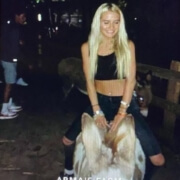 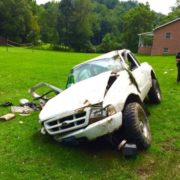 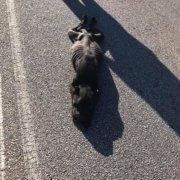 ‘Very good boy’ waits to be noticed after family returned him to...
Scroll to top