You are here: Home1 / News2 / Dogs3 / dog news4 / Singer Aaron Carter defends himself against accusations that he flips rescue... 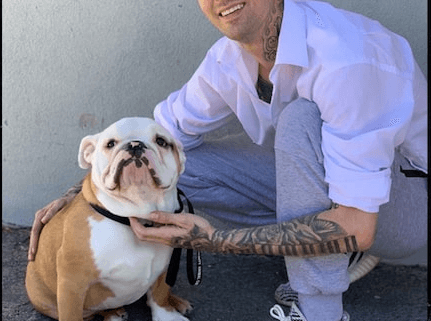 Singer Aaron Carter recently adopted an English bulldog from a Los Angeles, California, animal care center and now he is defending himself from accusations that he flips rescue dogs for profit. The firestorm of controversy began after a Tweet from Aaron Carter’s Truth.

Spreading the word about Aaron Carter, the Dog Flipper who adopts pups then resales them for a huge profit under the pretense that their owned by him. SHAME!

This is what #AaronCarter does with his animals! He adopt dogs, then up sells them to other customers under the pretense of being ‘owned by him’. Seriously man? This is a different type of low. Sick. All for profit? #Truth #Shocked #Appauled #SpeakupAaron 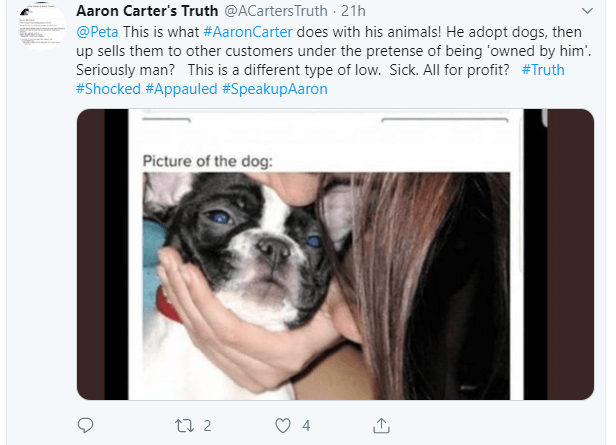 As reported by TMZ, Carter did not deny saying that he would be selling his most recent adopted pet for $3,500. In a video, Carter is reported to say, “This is my new buddy. So by the way, if I can’t keep him, I am going to be listing him.” Aaron goes on to say, “He’s 10 months old, and he’s running for $3,500. So if anybody wants to give my English bulldog (a home), I rescue him and I find him homes.”

Following the allegations, Carter Tweets his defense for what was said in the video, writing:

I think it’s apalling that I actually even have to explain myself I’ve rescued many dogs & found many dogs homes. what I said in my Instagram live video was a joke. Find one dog that I adopted and sold for money, be my guest. WONT HAPPEN. I’m a good person and i deserve respect.

And he then Tweeted that he doesn’t need to flip dogs for money because he makes a lot of money on his own:

And with all due respect I own a home I make over $3 million a year I don’t need to sell a dog for money so have some respect and don’t try to slander my name because I will defend myself and I will take legal action. DONT TRY IT. So back the f*** off… gn.”

The controversy has caught the eye of the animal care center which adopted the bulldog to Carter. On Instagram, the Lancaster Animal Care Center writes:

“Update, we are working on this situation.” 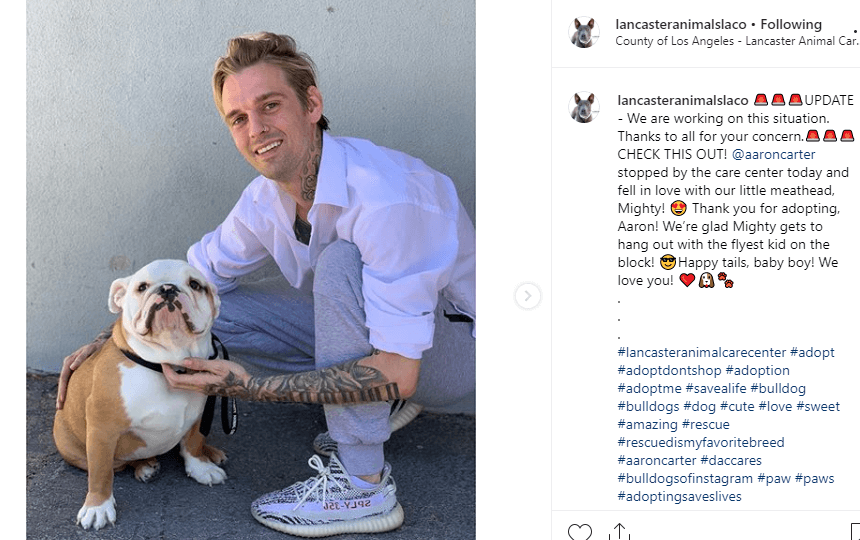 What do you think? Is this a bad joke or worthy of investigation? Feel free to comment below.