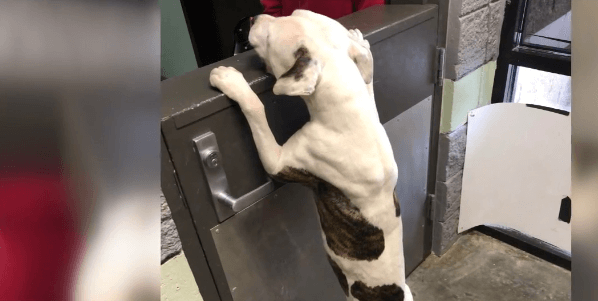 A mistake led to the “accidental” killing of a stray dog at an Oklahoma animal shelter, and the man who found him is upset because he intended to offer the dog a home if an owner did not come forward. According to WEARTV,  Adam Cooper turned the stray dog over to the Tulsa Animal Welfare and let staff know that he would give the dog a home if the true owner didn’t show up.

But, the dog, dubbed Nixon, is gone – killed because the notes indicating that an adopter was waiting, were not input into the system. Cooper told the news agency what he said to the shelter, “I gave them my business card and told them to please call me if they were going to put him to sleep.” The dog’s finder even made a donation and pleaded with the staff to keep the dog safe – he claims that he was promised a safe period of hold time, telling the news agency, “They told me he was good until at least February 4th.”

But the dog wasn’t safe – in fact, when Sullivan called the shelter on January 31, she was informed that he had already been put down. She told the news agency what the shelter’s explanation was, “Saying that it was human error, they made a mistake, the notes didn’t get into the system.”

The shelter is a “full capacity” and has stated that euthanasia is “inevitable.”

Yesterday: Kennel-stressed senior shepherd so desperate to escape that he may hurt himself – more here.