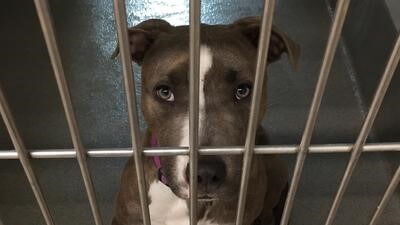 Once again, citizens are clamoring for change and reform at the Broward County Animal Care and Adoptions in South Florida since the naming of Lauralei Combs as the new Director.

The recent allegations of abuse, neglect, mismanagement and incompetence are nothing new and go back for many years to the leadership of Executive Director Thomas Adair.  He eventually resigned his position when it was discovered he and other county employees changed the dog and cat records to make it appear as if the owners wanted their pets euthanized when, they wanted them adopted. Evidence was uncovered that Adair was going into the county computer system altering the reason for killing the dogs and cats from health issues or aggressiveness to “owner requested.”

Animals put down at the owner’s request are not included in the euthanasia totals, so altering the records would promote the county’s much publicized promise of becoming a no-kill shelter. Broward County Mayor Barbara Sharief confirmed an active investigation into the animal death records for the past five years has already confirmed records were changed at the shelter although no motive has been determined.

One of the most recent criticisms of mismanagement and incompetence at Broward Animal Care and Adoptions  under Combs’s leadership was reported on December 31, 2018 in the Sun Sentinel.  According to the report, the mobile spay/neuter clinic, which cost the county taxpayers $100,000, has been sitting unused since July. Lauralei Combs stated this was due to lack of staffing for the Pompano Beach location.  The unit was originally staffed by the local Humane Society although purchased by the county.  According to Combs, the Humane Society staff did not want to travel that far north to Pompano where the county placed it. It was unclear whether the county knew the unit would not be staffed if it moved to Pompano. Combs referred questions to a Humane Society official. Broward also has a second portable unit that has never been used.

According to a letter to the editor of the Sun Sentinel from a concerned citizen, the moving of the mobile clinic is only one of a long list of issues at Broward County. In the letter, it was also alleged that Broward purposely moved the spay/neuter clinic to an out of the way location knowing it would not be staffed. They have been uncooperative when requested to move the clinic back to a more accessible location.

In addition to the dispute over the location of the mobile clinic, there has been a rise in the number of unnecessary killings at the intake facility. According to a Facebook page known as The Hidden Truth Behind the Bars, the number of dogs killed for the months of October and November 2018, had gone up 157%; even more than when Adair had been skewing the numbers.

The shelter is using the excuse of behavioral issues for the increase in killings. This raises the question of why are there suddenly so many more behavior problems? Where is the new behavior testing and modification programs that would help reduce this problem? Programs that were promised by the Lauralei Combs when she obtained her position.

One dog named Kennedy was the victim of death due to behavioral issues. Kennedy was a mere four years old and had been at the shelter for several months. He was described as being a good, healthy boy who loved to play with his tennis balls and snuggle.  The volunteers had nothing but great things to say about him in this video dated five months ago. Kennedy never did find his forever home. He ended up bloodied and dead in his kennel. An employee justified Kennedy’s killing stating the dog turned on them.

Then there was Hank who was strangled with a catch pole causing capillaries in his eyes to burst. This was justified by saying Hank was aggressive. Thankfully, Hank made it out alive and was adopted.

Besides animals suffering abuse at the hands of staff members, Broward County does not enforce its own rules against animal cruelty nor does it have qualified field officers. One of the most recent incidents made the news in November 2018 when one of their field officers returned a badly injured dog to his owner, even when the police advised her to remove the dog as part of an abuse report.  Ironically, part of their mission statement is to “rescue the neglected.”

It seems no matter who sits in the directorial position at Broward County Animal Care and Adoptions, the shelter continues on a downward spiral. These issues have been attributed to the shelter operating with poorly trained staff, animal behavior assessments not being handled by trained professionals, the director not using the resources available in the rescue community to help eliminate overcrowding, a lack of knowledge, leadership which trickles down to the rest of the staff and under-staffing despite having a one million dollar budget surplus from the previous fiscal year. All these factors combined lead to a huge increase in killing. Solutions exist, but the current leadership has been unable to implement them.

What this shelter needs is a director who is willing to reach out to the community for help in solving these problems, not one making excuses for the increases in killing innocent animals. To demand an investigation into Broward County Animal Care and Adoption please contact Henry Sniezek, who is Director of Broward County’s Environmental Protection & Growth Management Department.  His email address is; Hsniezek@broward.org

It is time to replace highly paid shelter supervisors, managers, and CEO’s with people who actually care about the welfare of the animals in their care.

All the animals killed that should have been saved are forever gone, never to return. 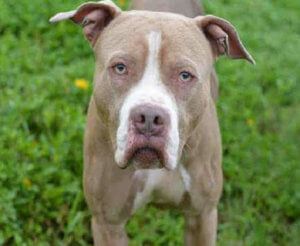 Kennedy before he was killed