A puppy, who underwent emergency surgery to remove dozens of ribs he had ingested, has died. The pup was taken in by the Sacramento SPCA, who informed Facebook followers on March 1 that the veterinary staff had to perform surgery:

This sweet scruffy puppy came to us after ingesting a large amount of ribs.
Our shelter medicine team acted immediately, performing emergency surgery and removing close to 50(!!) short rib type bones from his stomach and intestines. He is currently in a foster home recovering from surgery and starting to eat a tiny amount. 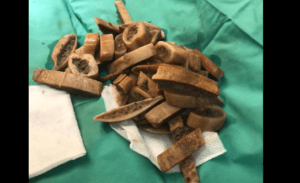 Though the pup made it through surgery, he started to decline over the weekend. The shelter informed Facebook followers of the pup’s demise on Sunday:

There are times, despite everything we try, some stories do not have the happy ending we would like.
Our little puppy who went through surgery to remove nearly 50 ribs from his stomach and intestines has passed away. After having a really good day after surgery, he began to go downhill over the weekend. Our veterinary team provided him with additional treatment, but unfortunately his little body could not quite catch up.
Our thoughts go out to the medical team and his foster parent who gave him a second chance and lots of love. Thank you for your support and we will continue to try…because they are worth it. ❤️

The puppy came to the animal welfare agency after being surrendered by his family who surrendered him. The pup had been taken to a private veterinarian after eating the 46 short ribs and acting “sluggish” reports WTSP News. 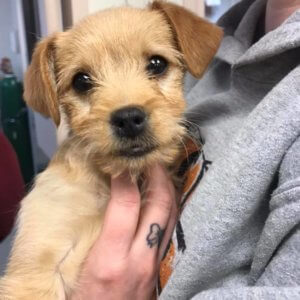 More: Someone shot a geriatric dog in the head – details here.

Do you believe in miracles? Queen impaled by steel rod recovers