You are here: Home1 / News2 / animal cruelty3 / Puppy died after trainer forced him to run on treadmill 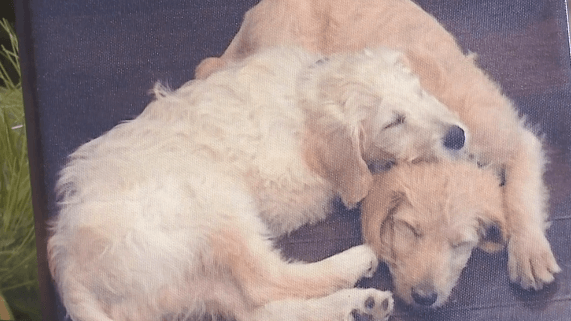 A dog trainer is facing charges following the death of a puppy who died after being forced to run on a treadmill. According to KMOV News, 23-year-old Capri Teague was working with Mandy Jackson’s eight-month-old goldendoodle, Cash.

According to Jackson, Cash hated the treadmill and was pulling to get off, but the trainer forced him to keep going. Jackson and her son were watching the session and could see their pup struggling, but Teague allegedly made him stay on the machine. Finally, the pup collapsed and defecated on the treadmill – Jackson told the news agency:

I immediately stood up and I was like Capri he’s pooping on the floor and she said ‘I don’t care’ and yanking him, and at that point she’d already dragged him through his poop,”

Two days after the session, Cash struggled to breathe – he ultimately had to be euthanized at a veterinary office. It was determined that he had suffered “severe” pulmonary edema from being pulled on the treadmill. The trainer who allegedly harmed him is facing one count of misdemeanor animal abuse. According to Jackson, the trainer has not showed any remorse about what happened.

More: Reward – someone shot a bald eagle. The story here.