You are here: Home1 / News2 / animal cruelty3 / Prison time for man who kidnapped and killed dog

A 19-year-old man who kidnapped and killed a former friend’s dog will be spending time behind bars for the cruel crime. According to multiple sources, Christopher Roberts, of Elizabethville, Pennsylvania, has been sentenced to 11 ½ to 23 months in prison for killing a nine-year-old mixed breed dog named Bella.

As reported by ABC 27 News, Bella belonged to a former “close” friend of Roberts – the cruel killing took place approximately one year after Bella’s owner ended their relationship.

Roberts planned out the heinous crime – breaking into Bella’s home and taking her a mile away before stabbing her. As reported by PennLive, the dog knew Roberts and willingly left with him. Heartbreaking details of her death were released…Roberts stated that the friendly dog was wagging her tail, and looking to him for help, even as he stabbed her. 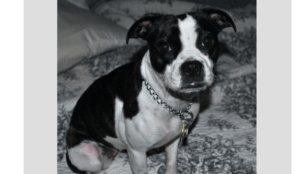 Roberts pleaded guilty to the charges and has admitted that he knows what he did was wrong. Despite admitting that he knew his actions were wrong…it was not his first transgression against an animal. According to PennLive, Roberts has admitted to hurting a cat in the past.

In addition to prison time and probation, Roberts is ordered to pay a fine, restitution to Bella’s family, and perform community service.

Dog adopted from shelter as a pup is back, but his family isn’t coming...
Scroll to top