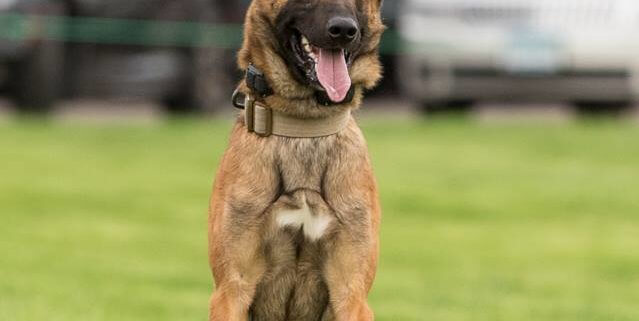 A police K9 was killed during a domestic assault call in Duluth, Minnesota, on Sunday evening. According to the Duluth Police Department, approximately one hour after officers began negotiating with suspect at a residence on the 1000 block of W Skyline Parkway, the man opened fire.

The suspect struck one officer, causing non life-threatening injuries, and K9 Haas was killed. Officers returned fire and the man, who has not yet been identified, was killed.

After the deadly encounter, the Northland K9 Foundation created a Facebook post about the slain police dog:

Last night came the horrible reminder of the ever present dangers faced by our law enforcement officers, including K-9s. Duluth Police K-9 Haas was shot and killed by a suspect wanted in a felony domestic assault case.
Many of these photos of K-9 Haas we shared just last week as we marked his third birthday. Haas was an excellent partner and police K-9. Just last summer he earned 1st place honors in criminal apprehension at the the annual USPCA regional trials/certification.

The injured officer has been released from the hospital.  The Minnesota Bureau of Criminal Apprehension will be
conducting the investigation.

Horrible! Man strikes dog with skate board because the dog was ‘running too fast’ – story here.

Amazing dog: Swept away by strong current, pup swam across bay and survived