You are here: Home1 / News2 / animal cruelty3 / Navy sailor who beat beagle to death might avoid time in jail

A Navy sailor, who viciously beat a beagle to death, might avoid spending time in jail. As reported by The Pilot, Richard Schunke admitted that he killed his (now ex) wife’s dog, and pleaded guilty to the charges, but prosecutors in Norfolk want the judge to suspend his jail sentence if he can stay out of trouble and complete an anger-management course. 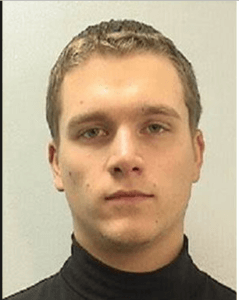 Schunke’s December 2017 attack on the eight-year-old beagle, named Layla, was brutal. She suffered multiple injuries, including a torn spleen, bruised kidney and a ripped liver – the severe injuries resulted in her death, and a felony animal cruelty charge.

But the Office of the Norfolk Commonwealth’s Attorney decided to strike a plea deal with Layla’s killer – offering him a lesser sentence, and no jail time, if he could complete the anger-management course by March 2020, and keep out of trouble.

Animal lovers hoping to find justice for Layla are asking for the judge to deny this request – those hoping to give Layla a voice are asked to send (polite) correspondence to:

Yesterday: Two dogs starved to death in kennels after owner ‘forgot them’ – the story here.

More: Dog resorted to eating batteries and glass to survive – more about his recovery here.