You are here: Home1 / News2 / animal cruelty3 / Mother and son facing charges after dog found frozen to the ground 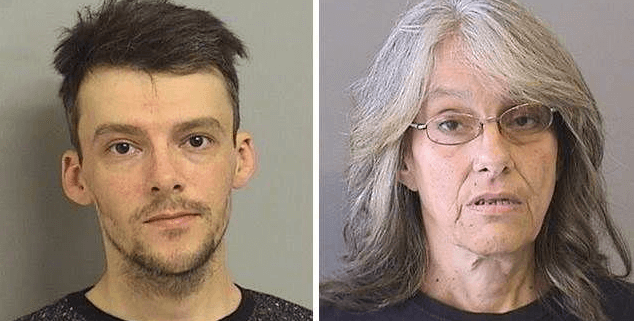 A mother and her son are facing animal cruelty charges after two of their badly neglected dogs were discovered earlier this year in the backyard of their Collinsville, Oklahoma, residence. As reported by Tulsa World, one of the dogs was frozen to the ground and the other was severely malnourished.

The mother and son are identified as Kyle Ross Bowman and Shannon Leigh Bowman – both have been charged with cruelty to animals. An animal control officer reports that the dogs were discovered in March in the Bowman’s backyard. One dog was nearly “frozen solid” and had chewed off its tail in an apparent effort to break free. The other dog was severely underweight.

The dogs were taken to a veterinarian and are recovering from the neglect that they endured. Both individuals implicated in the neglectful situation have denied ownership of the dogs. The mother claims that she surrendered the dogs to her son and the son claims that the mother was in charge of the dogs.

Both individuals were taken to the Tulsa County Jail and they are due in court on June 8.

(screenshot of mother and son via Owassa Reporter)