You are here: Home1 / News2 / Dogs3 / dog news4 / Man criticized by keyboard warriors after he stepped up to help homeless,... 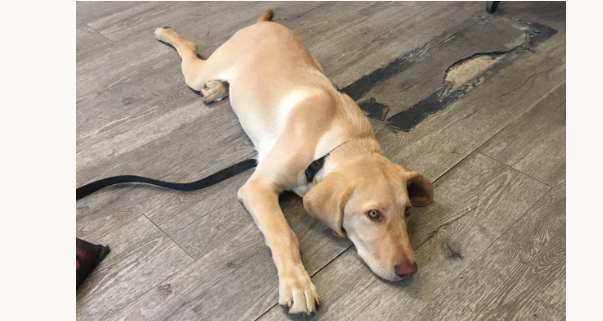 A man in Brooklyn, New York, faced harsh backlash from keyboard warriors who have criticized his efforts to help save an ailing and homeless dog. As reported by Q13 Fox, on Monday, someone tied a young dog to a pole after finding him roaming the area and a crowd gathered round, sparking Luke Perrin’s curiosity.

According to WPIX News, Perrin volunteered to take the pup to his office nearby and then find a veterinary clinic to scan him for a microchip. But the pup got violently ill after being offered water at Perrin’s office. He told the news agency, “he started vomiting uncontrollably, so we rushed him to the vet.”

At the veterinary hospital, an x-ray revealed Gastric Dilatation-Volvulus, a serious medical issue which requires prompt treatment. After setting up a GoFundMe account to help cover what promised to be high charges, the online criticism from keyboard warriors began.

Perrin explained the backlash after the fundraiser was shared on Nextdoor:

They were questioning my motives, thinking there’s a potential for a scam. I then produced all the documentation from the veterinarian clinics. My name wasn’t on them because some of my co-workers took him in while I worked, and that’s where it kind of spiraled out of control a little bit.”

Despite the criticism, people have been donating – in fact, over $6,000 has been raised for the pup, who has been dubbed Monte. 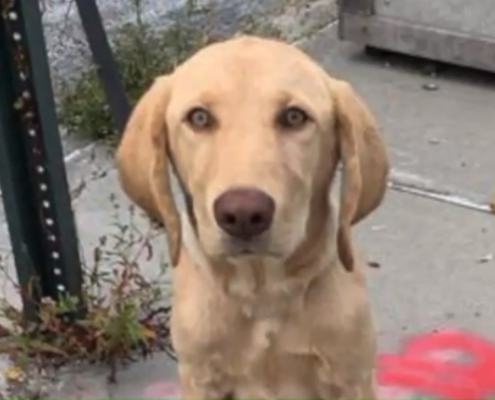 Unfortunately, the prognosis for the young dog is not good. In an update on the fundraiser, the possible cause of the pup’s medical issue is explained:

Monte had his endoscopy yesterday afternoon, and I spoke with Dr. Seage (pronounced /sāj/) last night about the results. She had been hoping that the endoscopy would reveal a foreign object lodged in his esophagus that was causing the inflammation and his inability to keep food down, but upon performing the procedure, she didn’t see anything and noted the inflammation wasn’t as bad as she’d hoped it was. This is cause for concern because, without the obstruction or heightened inflammation, she is worried that Monte suffers from congenital Megaesophagus

She wants to keep him at VERG for reevaluation today and tomorrow, but the likelihood of Monte making a full recovery is slim. They are feeding him upright and keeping him in that position for ten minutes afterward, and he seems to be able to keep the food down.

It is with a heavy heart that I write this, but Monte is going to be a special needs dog for the rest of his life and will require more nurturing, and care than the average pet owner is willing to provide. With help from friends and loved ones, I’ve been researching rescue facilities and trying to determine if there are places that can take him and look for a person willing to adopt the little guy.

Anyone who knows of a rescue group equipped to help Monte is asked to leave a comment on the fundraiser (here).

Perrin has stated that any extra funds will be located to a local humane society.

Yesterday: Man’s dog seriously injured after being stolen with his truck

Homeless dog ignored to the brink of death
Scroll to top