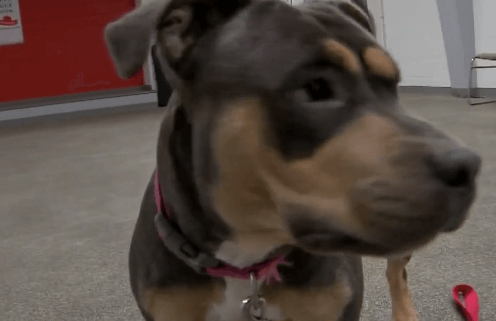 A dog and three puppies have been removed from a home in New Bedford, Massachusetts, and a man is facing charges following allegations that he was beating the adult dog with a pipe. According to Boston 25 News, a neighbor took video of 41-year-old Miguel Martinez while he was allegedly beating his dog with a pipe in his yard.

The video, which was posted to social media, prompted a good Samaritan to go to Martinez’ home and block him from leaving – the good Samaritan, Pilar Aguilar, stayed at the man’s home until police arrived. Sadly, Aguilar waited on the police for hours when they received a report about possible animal abuse – it was her blocking Martinez from leaving his driveway which brought the authorities to the residence within minutes.

She tells the news agency,

He calls the police on me because I’m blocking his driveway. Police showed up within four minutes [but] they didn’t show up because of the dog abuse.”

Animal control removed the adult dog and her three puppies from the home and they have all be examined by a veterinarian. The no signs of injury were found, Martinez has been charged with animal cruelty.

Yesterday: Urgent! Puppy at risk of being euthanized now that she has been ‘red-listed’

Sick! Man took part in butchering a cow while it was alive and got community...