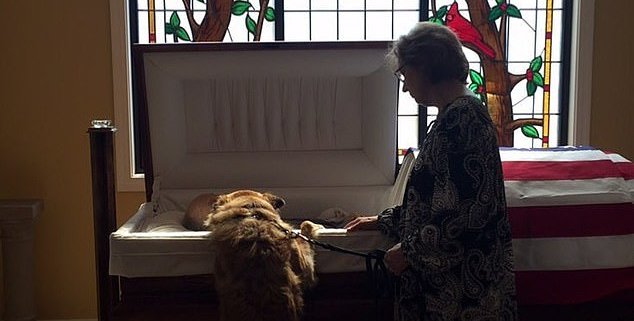 In Huntersville, North Carolina, the incredible bond of a rescue dog captured on video bidding farewell to his human goes far beyond what can be explained in words. In a photo taken by granddaughter, Nina Holcomb, 12, and later posted on Instagram, that heartfelt moment was captured forever as the dog named Chief attended his human’s funeral and reached up on his hind legs to say goodbye.

William (Bill) Schiller, 76, died on April 8, and Chief, during a private viewing said goodbye. According to NbcNews, the photo showed Chief in front of the casket with Schiller’s longtime companion Anne Marie Sibthorp.

“I’ll never forget. He stretched his neck in as far as he could, and he gave Bill just one little quick lick on his ear, and of course, Bill didn’t move. And Chief laid his head right down by his head, and just laid there for the longest time. 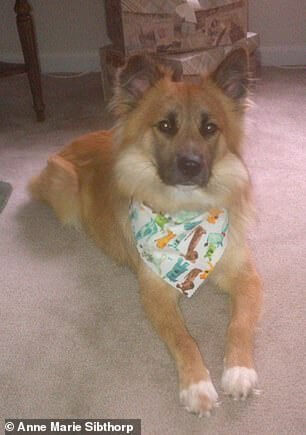 Anne Marie rescued Chief in 2014. It had been Bill who convinced Anne Marie to keep the dog despite his high energy level; from that day on, Bill and Chief had a special bond. And in 2017, when Bill was diagnosed with dementia, Chief played a special role. Anne Marie had him certified as a therapy dog, and everywhere Bill went, so did Chief. Eventually the dog accompanied Bill to a nursing home.

And then the time came, much too quickly, for the two to part.

‘To see a dog standing on his tippy toes looking into a casket struck the heartstrings of this community,’ Sam James, director at James Funeral Home in Huntersville, said about the photo.

Chief had the chance to say goodbye, and Anne Marie will be caring for the dog.

“It meant a lot to Chief to be able to do that. He knows now that daddy’s okay, and he’s stuck with me.”

Rest in peace Bill. Thank you Chief for your loyalty, and may you always remember the person you loved – loved you back.

Yesterday: How to honor the passing of a beloved pet – more here.

More: Everyone loves Pebbles’ smile, but no one wants to give her a home – more here.

Or spread the message of kindness with the Love and Compassion design featuring tiny paw prints and hearts blowing from a dandelion. Click here to choose your favorite style!