You are here: Home1 / News2 / News3 / Fat rat stuck in sewer grate is rescued by firefighters

In Bensheim, Germany a fat rat found herself in a rather precarious situation on Sunday. The chubby rodent was stuck at the hip – in other words she couldn’t get her portly butt out of the sewer grate. 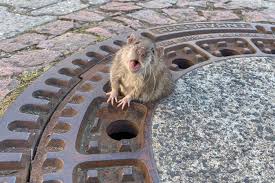 According to Berufstierrettung Rhein Neckar Facebook page, the organization squealed helplessly as she struggled to free herself. So what was to happen to the chubby rodent? That’s when the rescue team called over to firefighters to help.

“She  had a lot of winter flab and was stuck fast at her hip – there was no going forward or back,” the rescuer stated.

The video posted by Berufstierrettung Rhein Neckar, shows the firefighters lifting the manhole with the rat still stuck; her feet and tail feverishly squirming. Once the grate was removed, one of the emergency responders pushed the rat back through the hole who then quickly scurried back into the sewer.

“At 14:35 pm, the Freiwillige Feuerwehr Auerbachwas alerted to a technical assistance service to the schillerstraße by the dispatch.

In a backyard, a rat stuck in one of the holes of a drain. Together with the present Berufstierrettung Rhein Neckar, the animal was freed from his helpless situation by the forces.

The operation could be completed after a short time.”

So why was a rodent rescued?

“Even animals that are hated by many deserve respect.” 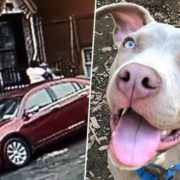 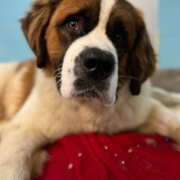 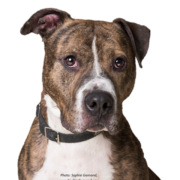 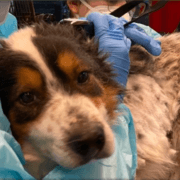 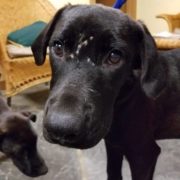 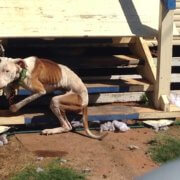 UPDATE: Emaciated dog chained to house has been rescued 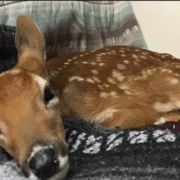 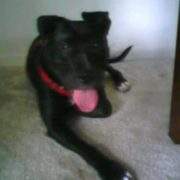 Annie, abandoned by owner and stuck in boarding since December
2 replies