Fluffy is being held at Memphis Animal Services – notes about the dog reveal a promising demeanor:

Help Fluffy, and his friend, find a new family

Fluffy is urgently in need of a new family, and so is his longtime friend, ID#A311363. Ophelia is a 12-year-old spayed female, mixed breed dog. Both dogs are elderly, and described as “sweet” and “dog-friendly.” 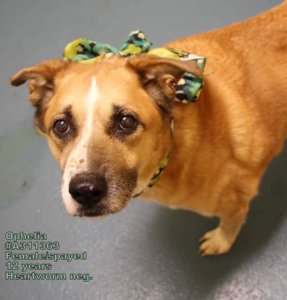 You can help make that possible by taking a moment to share their adoption information.

Yesterday: Puppy found with rubber bands around legs is ready to be adopted – more here.

Over 700 dogs, some living in crates their entire lives, found in Georgia
Scroll to top