You are here: Home1 / News2 / animal cruelty3 / Bond denied for man who allegedly stomped his puppy to death 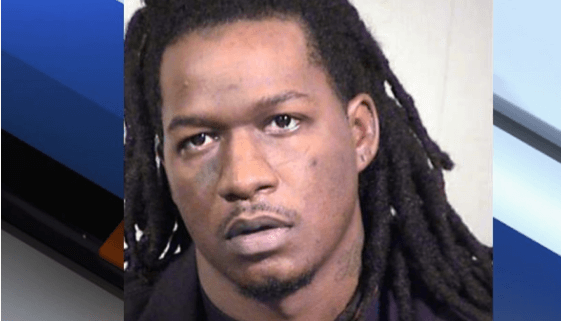 A Phoenix, Arizona, man has been denied bond after being arrested for allegedly stomping a puppy to death and attacking a store clerk. As reported by ABC 15 News, 29-year-old Marvin Joe Stanciel, a man with extensive criminal charges, was arrested and is facing charges for killing a puppy outside of a Family Dollar Store, and attacking an employee inside of the same store.

Stanciel’s family is upset that he was denied bond on Monday – they believe that he is being treated too harshly, reports AZ Central. Deputy Public Defender Dave Erlichman described Stanciel as a “soft spoken” and “very polite” man with a “gentle and calm manner.”

Stanciel’s family believes that he is suffering from mental illness, but he was found competent to stand trial in late May.

In addition to the animal cruelty and aggravated assault charges for this incident, Stanciel has multiple charges from other, non-related cases, including drug possession, forgery, DUI, and armed robbery.

On the day that the puppy was killed, Stanciel resisted arrested and attempted to flee the scene. The puppy who was killed was discovered outside of the retail store, “lifeless, with blood coming from its snout.”

Rex only has today to be rescued: Returned to shelter starving
Scroll to top