You are here: Home1 / News2 / animal cruelty3 / Bear suffered for nearly a week after being illegally shot 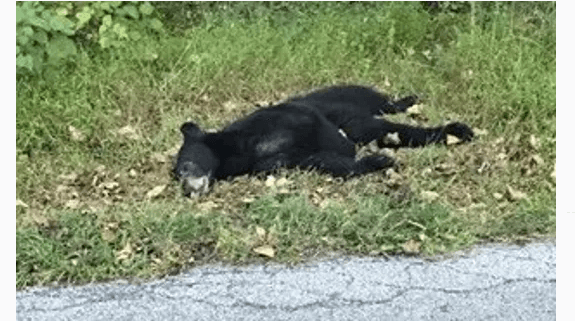 In fact, the wounded bear could not even move. The officer noted that he was “obviously suffering.” As it turns out, the bear had been suffering with horrific injuries for an agonizing six days.

The man responsible for the cruel situation is identified as Milton Donald Miller; Miller has pleaded guilty to a first-degree summary offense of unlawful taking or possession of game or wildlife. He admitted to shooting the bear on the night of Sept. 14 – the bear was not found and put out of his misery until Sept. 20.

The heartbreaking criminal act resulted in a fine of $1,500 – which Miller has paid.

Yesterday: Family’s cow had to be euthanized after being kicked with steel-toed boots

Rescue vows to give horribly neglected dog the best life, even if doesn’t...
Scroll to top