A Minnesota woman’s dog died after a vicious deer attack that happened just outside her Shoreview home’s back door. According to Twin Cities Pioneer Press, the tragic encounter took place moments after Pepper, a miniature poodle, was let outside on the morning of June 3. His owner, Jill Wilson, hadn’t seen the doe who was standing in her yard.

Wilson’s dog had encountered deer many times throughout his 14 years of life – typically, after barking at them, they ran away. This morning’s wildlife encounter was unlike any other. When Pepper started to bark, the deer launched a vicious attack – pummeling the little dog with her front legs. 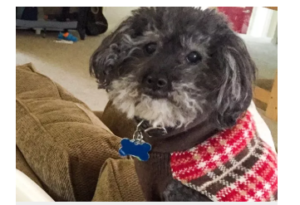 Pepper tried curling into a ball to escape the deer’s flailing hooves, but the attack continued. Wilson’s screams finally scared the deer away and she was able to scoop her dog up and rush him to a veterinarian.

Fatal injuries from the attack

Pepper was still alive, but he suffered horrific injuries, including broken ribs and paralysis. Humane euthanasia was the only option for Pepper and Wilson was forced to say good-bye.

The deer likely had a fawn nearby who she was protecting; deer give birth in the spring and summer. Dog owners should keep their pets leashed in areas where deer are known to live – though a fatal deer attack is rare, it is not unheard of and can obviously end tragically. 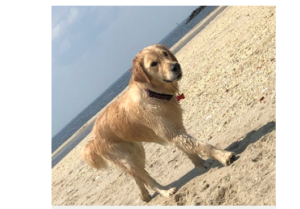