The Chillicothe, Ohio woman responsible for abandoning a young Labrador retriever puppy at Yoctangee Park after writing “free” on the dog’s side and head with magic marker, is defending her actions and has offered an explanation.

According to NbcNews, the dog’s former owner, Kendra Stafford, stated she loved her pup but her landlord had ordered her to get rid of the dog. She said she contacted animal shelters, but all were full. The Ross County Humane Society, however stated Stafford had never contacted them, and they are the only shelter in the county. There was no record of Stafford ever calling nor any record that she ever filled out a surrender application.

Stafford admitted she had planned to take the puppy to the park in a crate with a sign attached and to leave her there hoping that the adorable pooch would find a good home. When she went back to her car to find a piece of tape, she found the magic marker and wrote “free” and “good home only” along the pup’s side and on top of her head. She admitted it was a bad idea.

“I knew with everything inside of me that she would find a good home and that’s exactly what happened,” Stafford said.

Photos of the dog sparked outrage across the country followed by a ton of offers to adopt her. More than 30 applications flooded in from across the country to the Ross County Humane Society that cared for the dog they named Marvela.

Last week Marvela was adopted. Stafford has been charged with animal cruelty, abandoning an animal and failure to license a dog. 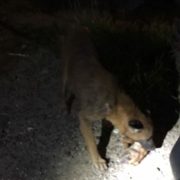 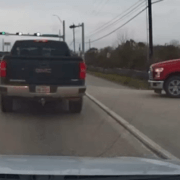 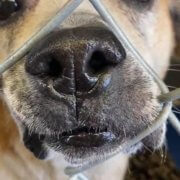 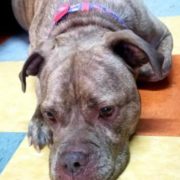 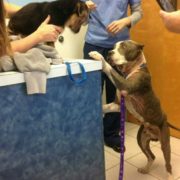 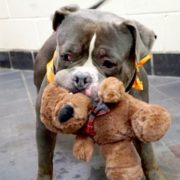 Rocky: When all he has left before he is euthanized is this toy 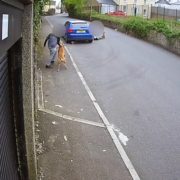 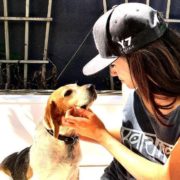 City shelter manager speaks out about laboring mother dog who was euthanize...