You are here: Home1 / News2 / animal cruelty3 / Woman heartbroken after her dog died in the heat at boarding kennel

A Missouri woman is heartbroken, and filled with regret, because her beloved dog died in the heat after she left her at a Kansas City boarding kennel. Earlier this month, Luna, a 14-month-old Bernese Mountain dog, was entrusted to the care of staff at the Winding River Pet Village, reported Fox 4 KC News.

What happened to this young dog?

Willa Raybould left Luna at the boarding facility because she was headed to an out-of-town wedding. She learned that her young dog died after staff “lost track” of Luna for over an hour on June 16 when the temperature climbed to 95 degrees. By the time that staff found Luna, she was in distress…ultimately, the heat killed the young dog.

Her owner told the news agency, “She was trying to get somewhere where she could find a little bit of shade and she was able to get herself under this little ramp. I cannot believe this happened. It was so needless. It was because no one was watching her along with many other dogs that day and she died from that.”

Investigation into the tragic death

The Winding River Pet Village boarding facility is now being investigated. KCMO Animal Control went to the facility on a hot day and discovered that it was 85 degrees inside of the kennels – nearly the same temperature as outside. The owners of the facility are taking responsibility for what happened and they told Fox 4 that new sprinklers have been added, and new employees hired. Co-owner Becky Walter said, “We are just going to do everything we can possibly to make sure that this never happens again.”

The boarding facility will likely face violations for Luna’s death, but Willa Raybould is left with overwhelming regret. She told Fox 4, “I regret going to the wedding. I regret leaving her there. I loved her and she loved us and we took such good care of her and we thought we were doing the right thing taking her to this place.” 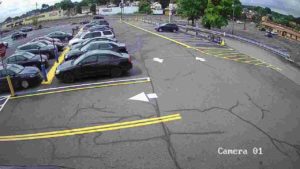 After nearly 2 years, volunteer favorite is on death row – read more about this handsome boy here. 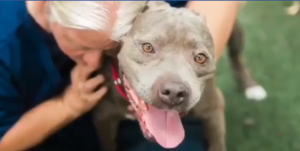